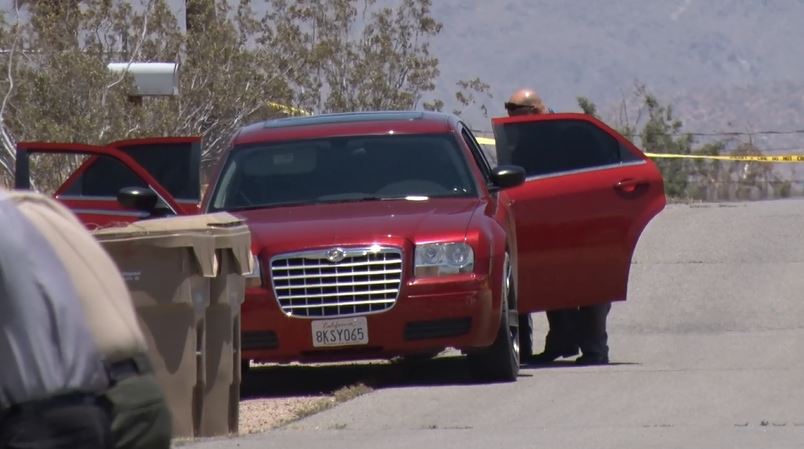 HESPERIA, Calif. (VVNG.com) — Detectives are investigating after a man was shot inside a vehicle on Thursday.

Authorities at the scene were focused on a red 2007 Chrysler 300 that was partially parked in the dirt and roadway.

Bachman said there is no one in custody and no suspect information was available for release.

“Detectives are actively working this case; anyone with info should contact the Hesperia Station or Dispatch,” stated Bachman.

The incident is currently being handled as an attempted murder investigation. Information on the victim’s condition was not available.