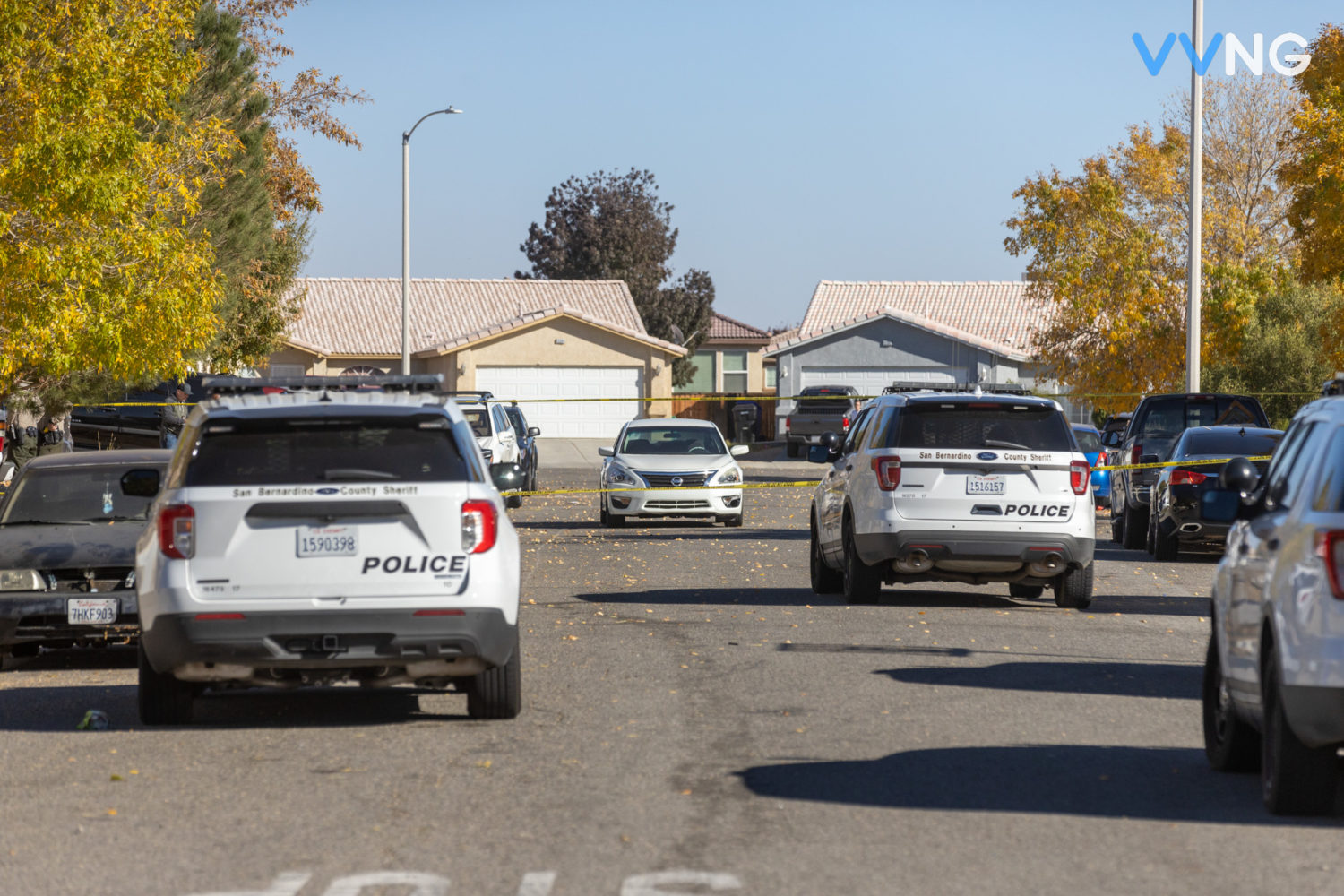 Residents from the neighborhood reported hearing between 4-6 gunshots. Deputies responded and blocked off a large portion of the street with crime scene tape. A white Nissan sedan remained parked in the middle of the culdesac.

Medical personnel with Victorville City Fire requested a medical helicopter to land at Hook Park and airlift a person from the shooting.

According to a witness, the victim is a young male and had a wound to his stomach area. One other person with a stab wound was transported by ambulance to a local hospital.

At this time it’s unknown if any arrests have been made or how many people were injured. VVNG reached out to Victorville sheriff’s spokeswoman Amanda Paslak who said the investigation is active and had no releasable information at this time.