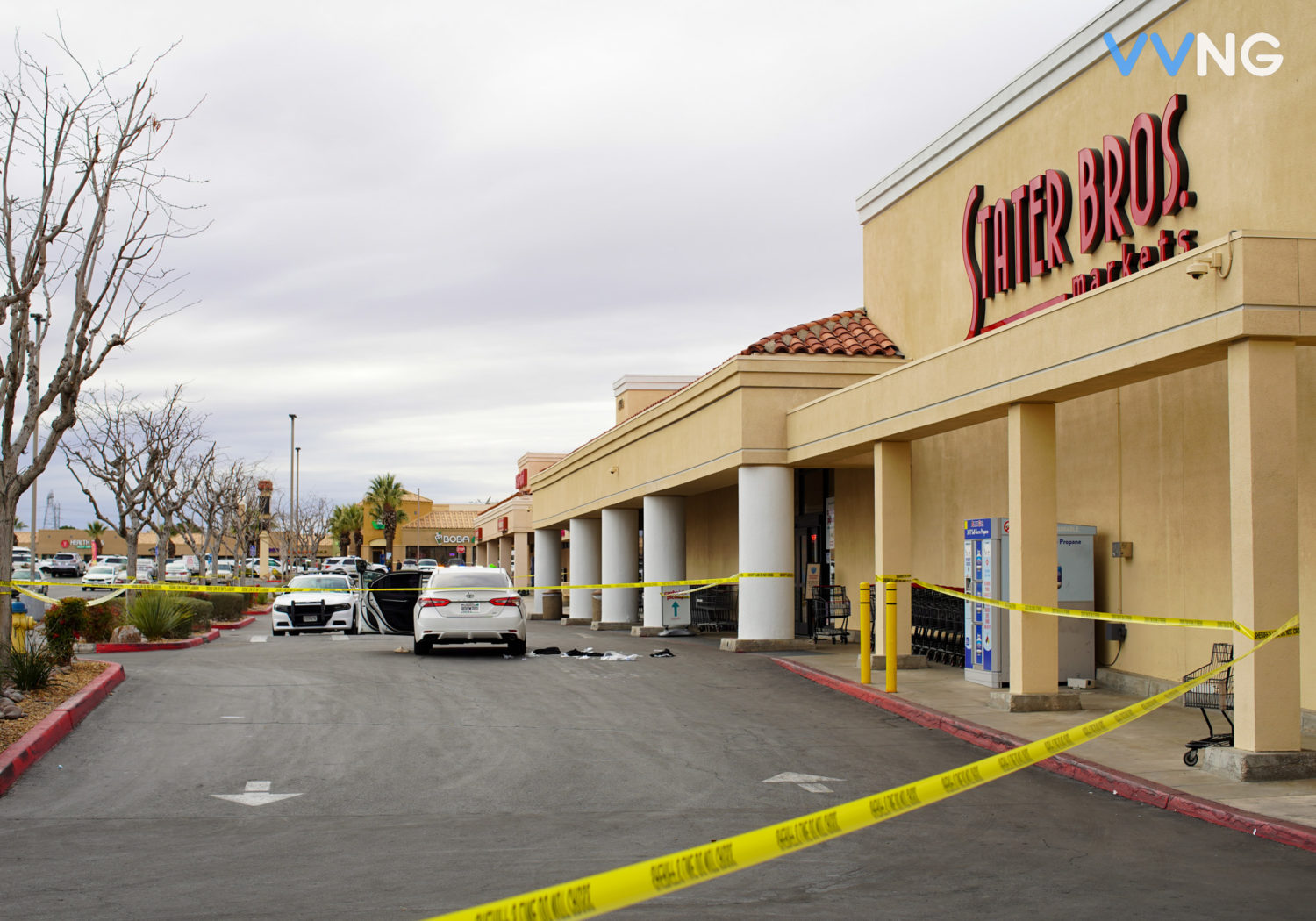 VICTORVILLE, Calif. (VVNG.com) — Authorities are conducting a homicide investigation after a man shot in the Stater Bros shopping center in Victorville died at a local hospital.

According to witnesses, the shooting took place in the parking lot near the Wells Fargo ATM and the Victor Valley Dental Group. The victim was then driven by a woman to the front of the market.

“I had just walked into the hair salon when I heard four gunshots. I looked around and seconds later heard screaming in front of the Stater Bros,” a witness who wished not to be identified told VVNG. The witness said the female driver drove to the front of the store and ran out of the car looking for help. “At first I thought it was a child because he was laying in the backseat,” stated the witness.

A cell phone video shared with VVNG showed the male victim lying in the back seat of the vehicle unresponsive. The victim was transported by ambulance to a local hospital where he was pronounced deceased, officials confirmed.

Deputies located the Camry that was stopped directly in front of the main entrance of the market and blocked off the entire parking lot with crime scene tape.

It’s not immediately clear if the victim and female driver are known to each other or if the victim was inside the vehicle at the time of the shooting.

Authorities have not released any suspect information at this time or if any arrests have been made. Homicide detectives have responded to conduct the investigation and additional information will be updated as it becomes available.