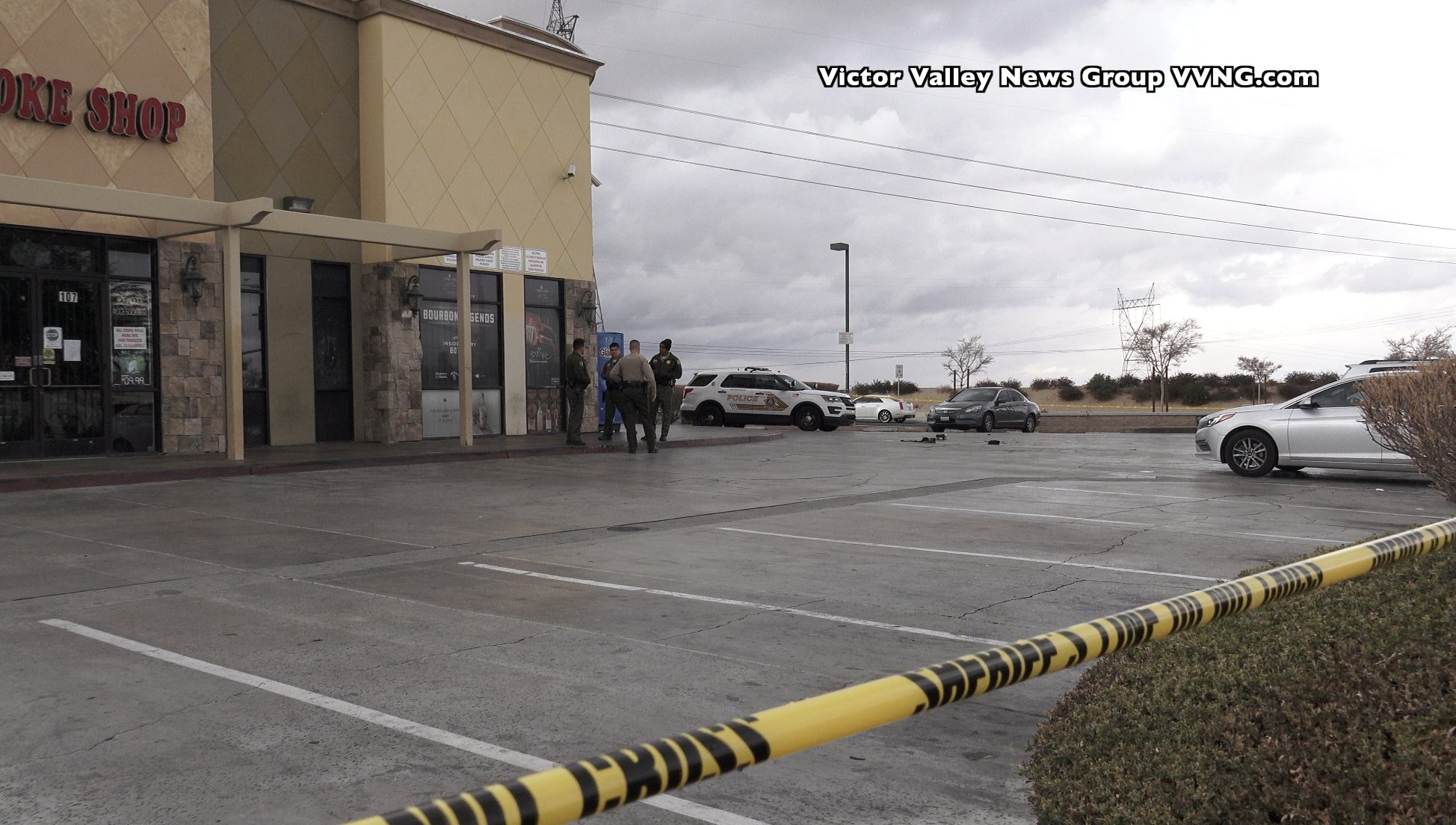 VICTORVILLE, Calif. (VVNG.com) — A man was airlifted to a trauma center after he was shot in the parking lot of Michael’s Market & Liquor Saturday morning.

Officers arrived on scene and located a male victim suffering from a gunshot to his chest and life-saving measures were performed on the victim.

San Bernardino County Firefighters requested county helicopter H325 to land at Brentwood Park and they subsequently airlifted the male to an out of area trauma center. His condition remains unknown.

Sheriff’s officials confirmed there was some type of altercation outside the store and one person was shot.

A Victor Valley News reporter spoke with a witness who said the altercation started inside the store and the men were asked to leave by the owner.

According to the witness, both men continued arguing in the parking lot and one of the men pulled a gun and shot the other male in the chest.

The witness said, after the shooting the suspect ran from the scene.

Deputies have taped-off the shopping center parking lot and are conducting an investigation. Sheriff’s spokeswoman Jodi Miller said the suspect is described as a black male and no arrest has been made