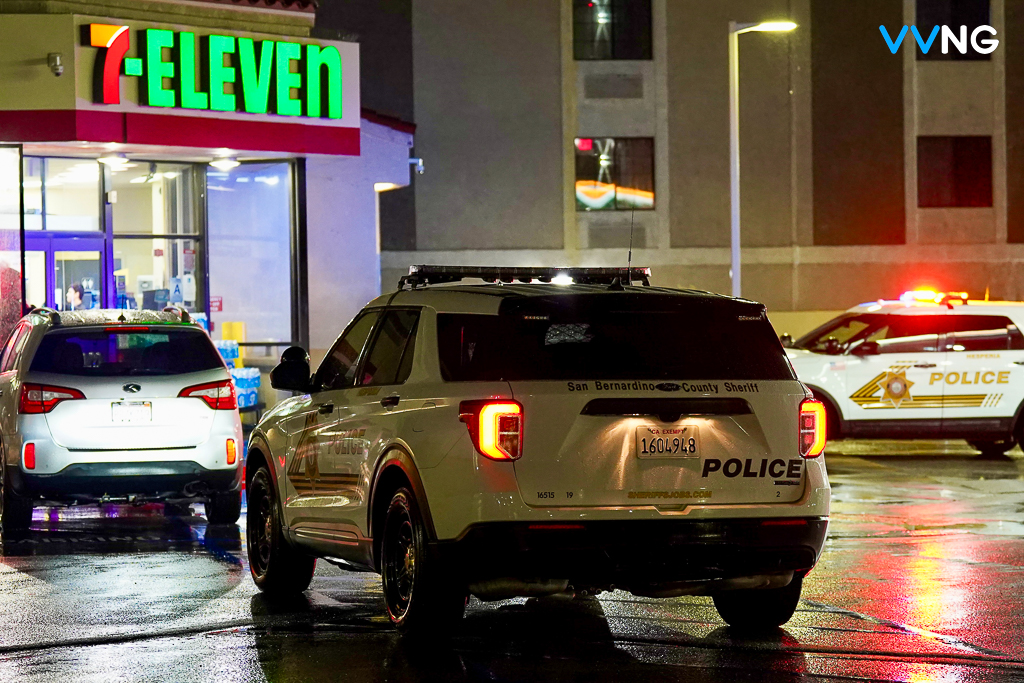 (Police investigated a shooting at 7-Eleven in Hesperia.

HESPERIA, Calif. (VVNG.com) – The Hesperia Police Department is investigating a shooting that left one man injured Monday night in Hesperia.

A few deputies remained at the 7-Eleven for an investigation, searching for surveillance footage, and searching for bullet shell casings near the gas pumps, while other deputies went to the second location.

Deputies and firefighters located the man at the Pilot gas station suffering from at least one gunshot wound. He was transported to a hospital in unknown condition.

The victim’s vehicle, which had paper plates from the State of New York, was riddled with bullet holes, including in the back of the vehicle, and the sides.

No suspect information was available, and no further details were immediately released, however, deputies did have a person in the back of the patrol unit detained for questioning. It’s unclear how they were involved in the incident.