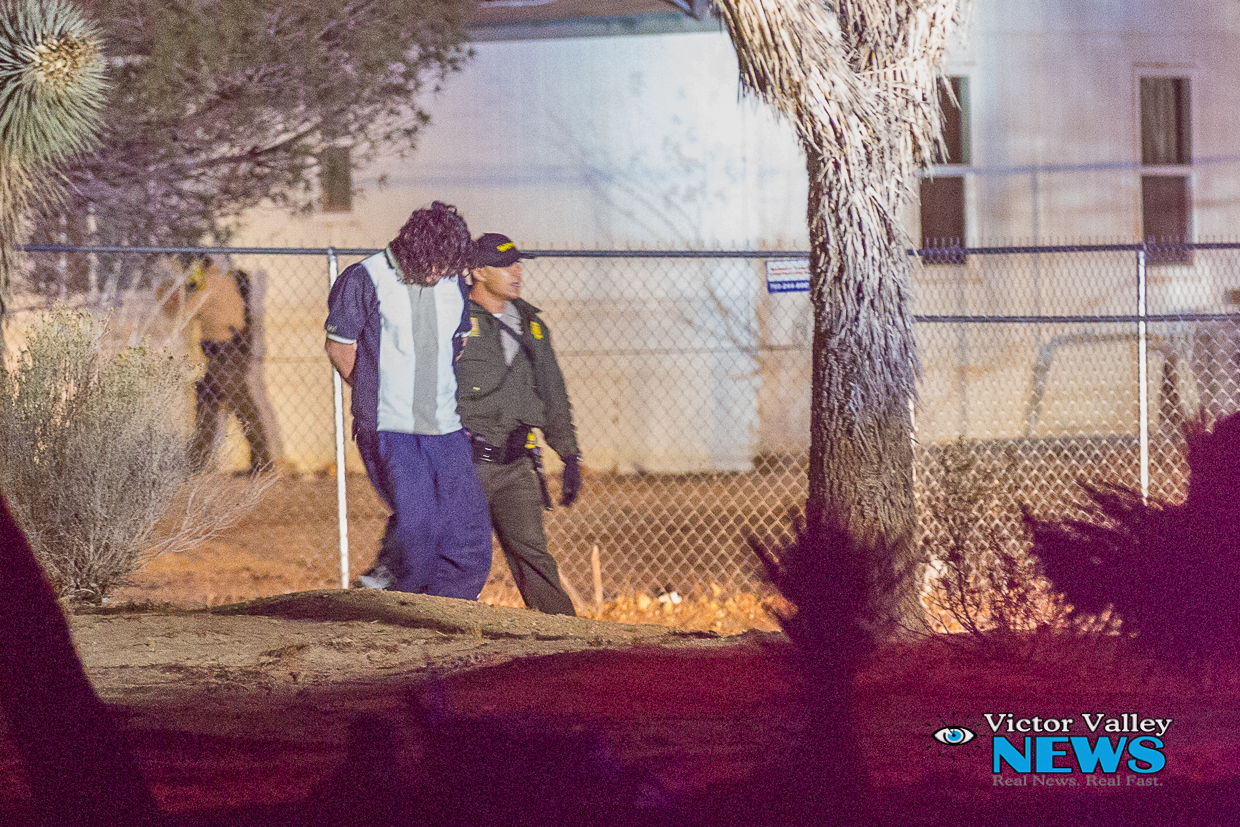 When authorities arrived on scene they located a 34-year-old man who had been shot in the back by a shotgun, per scanner traffic.

An airship was requested to fly out the victim to an undisclosed trauma center. The extent of injuries sustained by the victim is unknown at this time.

The incident occurred at approximately 4:45 p.m. on the 10700 of Relin Road at the intersection of Daisy Road.

Deputies established a perimeter with their weapons drawn at the residence in an attempt to prevent the suspect from fleeing the home where he barricaded himself.

The Sheriff’s helicopter 40King, was called in to assist deputies with the standoff, which ended with the suspect surrendering and taken into custody.

The suspect was later identified as Alfredo Godinez, age 38 of Phelan, and was arrested on suspicion of attempted murder. He is being held at High Desert Detention Center in Adelanto in lieu of $1 million bail, according to booking records.

For up to the minute news, join Victor Valley News, with over 84,000 members.

Deputies had the house surrounded for over an hour until the suspected surrendered. (Gabriel D. Espinoza, Victor Valley News)