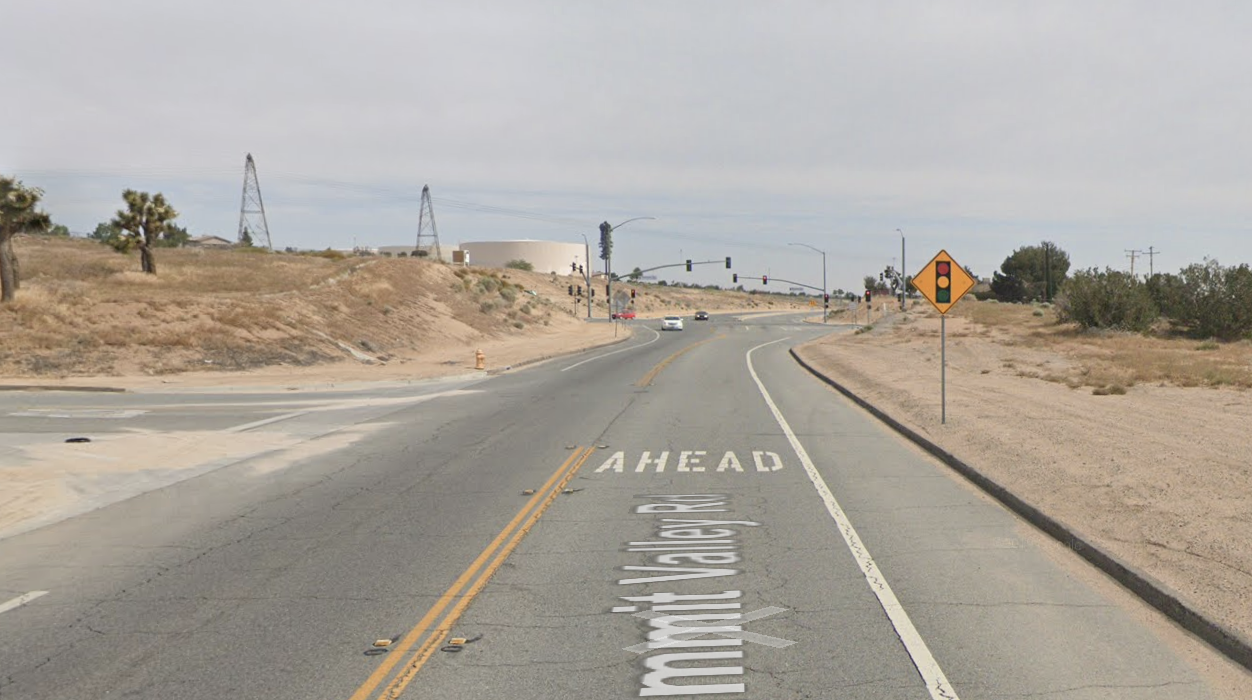 HESPERIA, Calif. (VVNG.com) —  Authorities said they are investigating what appears to be a road rage shooting in Hesperia.

Deputies responded to the area reference reports of shots heard and upon arrival, they located the victim, a 28-year-old male from Hesperia, suffering from a non-life-threatening gunshot wound to the leg.

Through investigation, deputies learned that a verbal altercation occurred between the victims and two adult female suspects during a possible road rage incident.

As the suspects were leaving the area in a dark color sedan, the suspects fired at the victims, striking one of them in the leg.

Officials said the victim was treated by medical personnel and released at the scene.

Pedestrian struck, airlifted on NB I-15 freeway in Victorville

7 injured in Hesperia crash on Wednesday