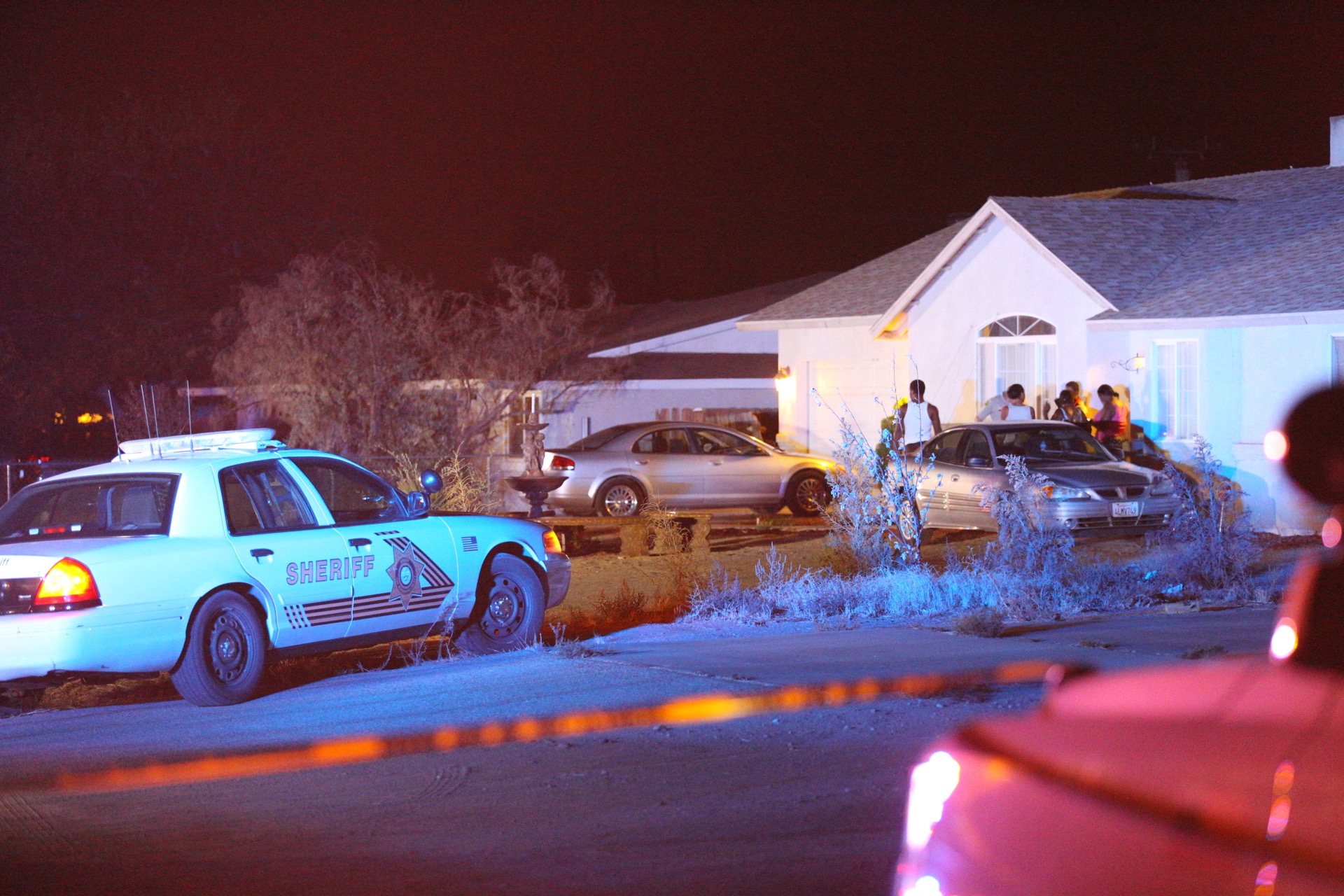 At approximately 9:40 p.m. dispatch received a report of a drive-by shooting at a residence on the 14600 block of Manzano Road in Victorville.

According to neighbors in the area, they heard about five consecutive rounds.

A family member at the scene told Victor Valley News the victim is a male reported to be in his late 30’s. Per scanner reports, the male was struck at least once in the upper torso.

The victim was transported by ground ambulance to a designated landing zone and later airlifted to a trauma center.

Authorities are currently conducting the investigation. More information will be updated as it becomes available.