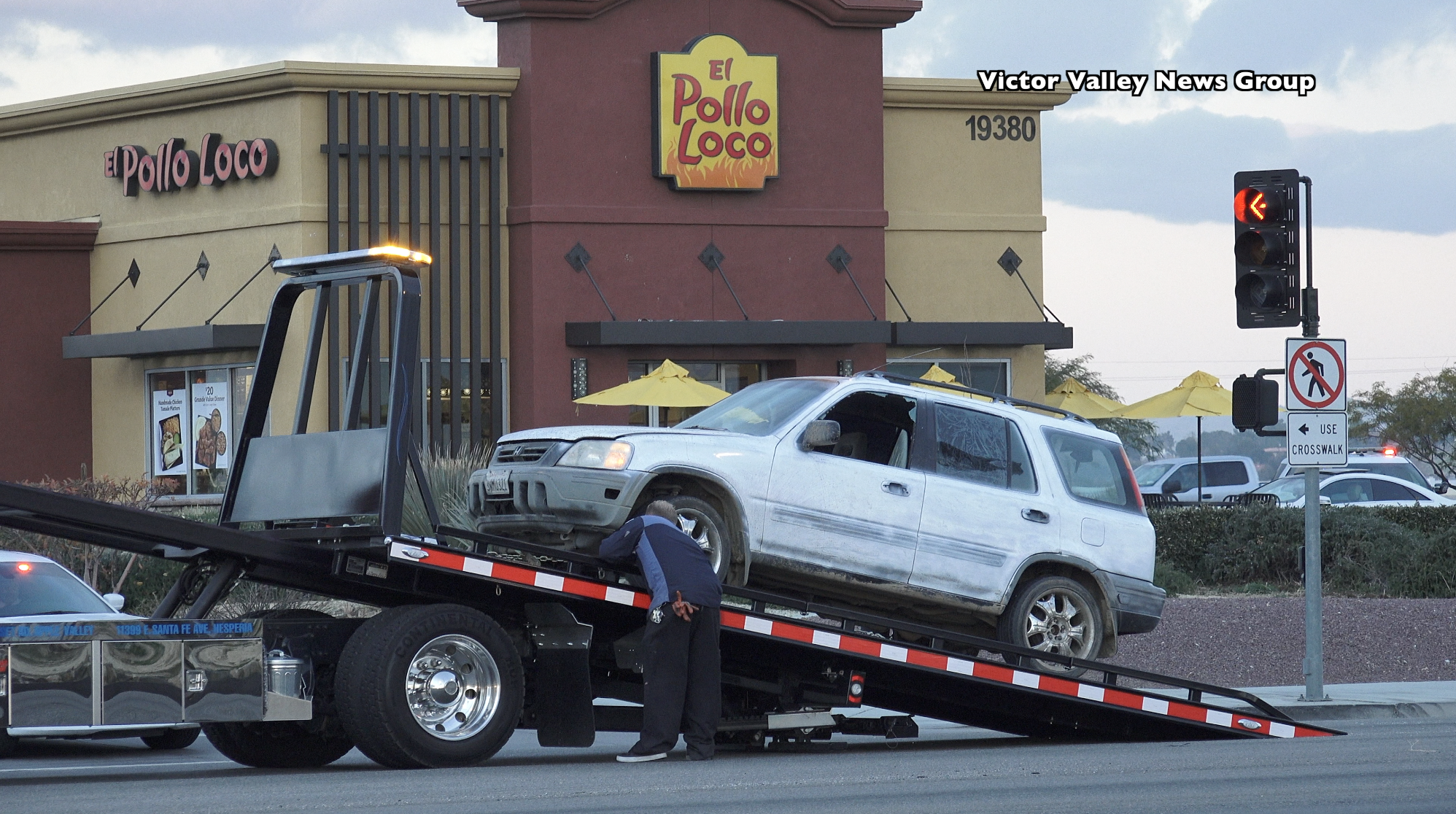 At about 3:49 p.m., San Bernardino County Sheriff’s Deputies with the Apple Valley Station responded to the 19300 block of Bear Valley Road, just east of Apple Valley Road, reference a man suffering from a gunshot wound.

An anonymous witness who spoke with Victor Valley News Group said she was driving by and saw the physical altercation between two men in the roadway.

According to the witness,  the suspect, described as a dark-skinned adult male was driving behind the victim when he exited from a dark-colored car and approached the victims SUV.

The suspect then broke out the victim’s driver-side window and they began fighting.

At some point during the physical altercation, the driver of the Honda was shot in his leg.

Emergency personnel with American Medical Response (AMR) transported the victim, a Hispanic male adult, to Desert Valley Hospital where he was further airlifted by Mercy Air to a trauma center.

The extent of his injuries are unknown at this time, however, he was alert and conscious during transport.

Deputies closed off the area for about an hour while they focused their investigation around the victims white 1997 Honda CRV that was stopped in the westbound lane of Bear Valley Road at Westmont Drive directly in front of El Pollo Loco.

Westbound traffic on Bear Valley Road was detoured for approximately one hour around the scene.

Authorities have not said if the suspect was apprehended. Additional information will be updated as it becomes available.