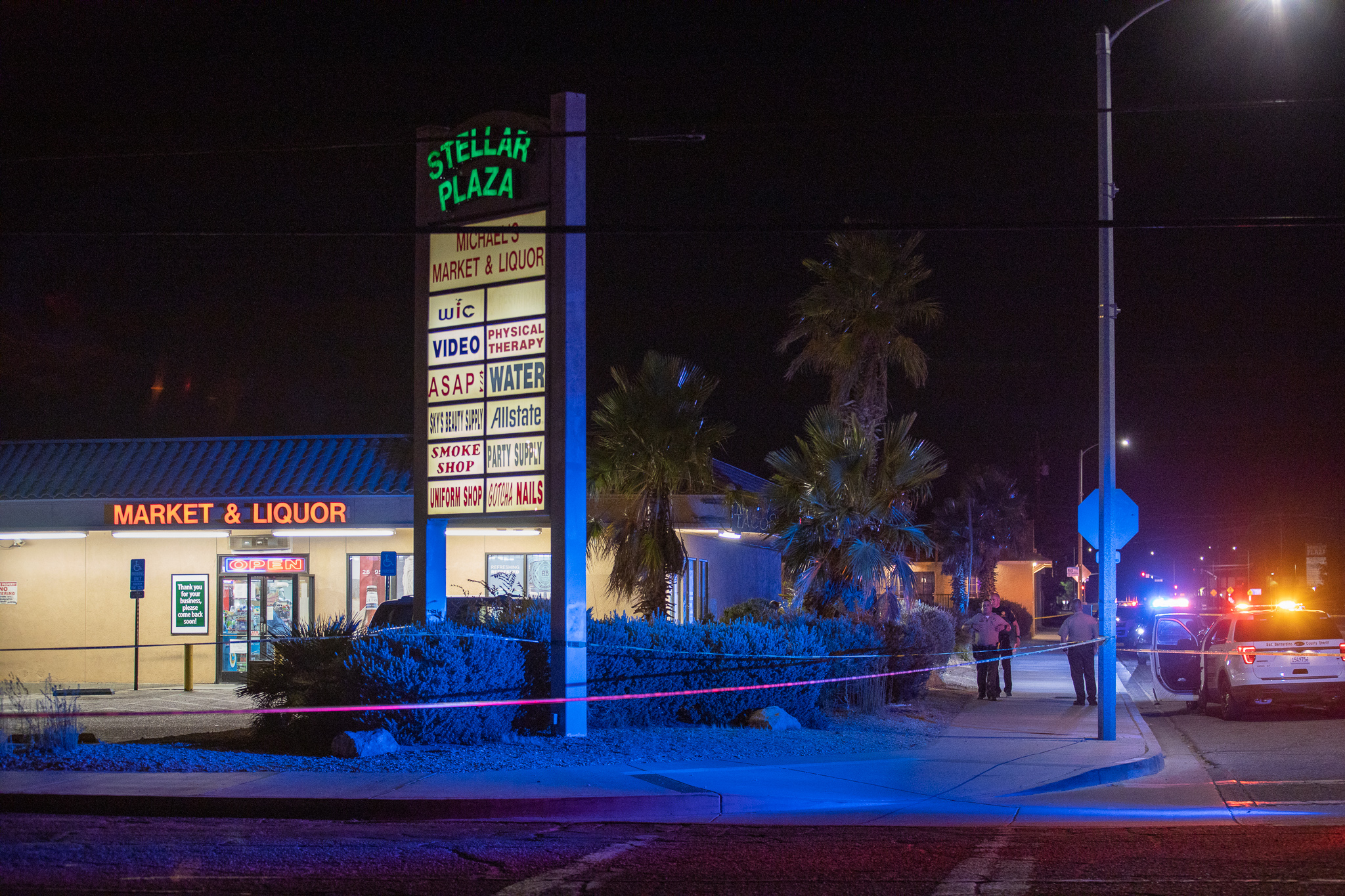 Just after 7:00 p.m, deputies from the Victor Valley Sheriff’s Station responded to the Stellar Plaza and located a deceased male victim.

A witness told VVNG that two men began arguing inside the Michael’s Market and Liquor store while ordering food from the kitchen area.

One of the men reportedly walked out of the store and opened fire on the second man when he exited the store.

Witnesses say the suspect, described as a black male adult, fled the scene.

The San Bernardino County Sheriff’s Department did provide any suspect information. It’s unclear if anyone was in custody as of Wednesday night.