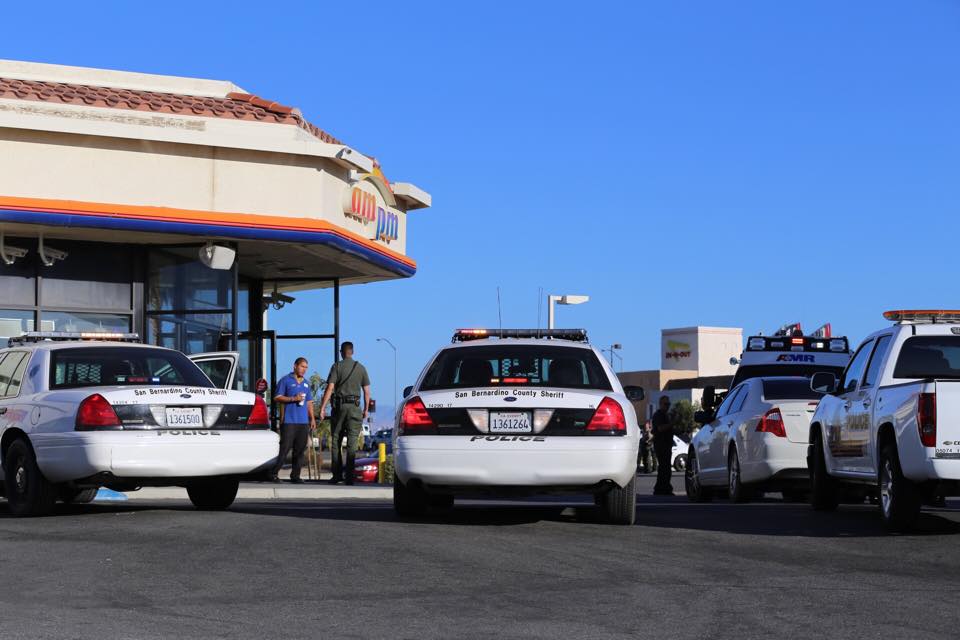 VICTORVILLE:(VVNG.com)- Police responded to a shooting call at the AMPM parking lot located on the 15700 block of Roy Rogers Drive in Victorville at approximately 5:00 p.m., on Monday.  Upon arrival, police discovered one hispanic male adult with a gunshot wound.

The suspects described as two black male adults fled the location on foot. Witnesses reported seeing the suspects running towards the open desert. Police searched the area and both suspects were detained and taken into custody within minutes.

Per scanner traffic, officers were also searching the near-by desert for a backpack belonging to the suspects. After a brief search the backpack was located and the weapon used in the shooting was inside.

One of the shooting suspects sitting in the back of a patrol vehicle.

The victim was transported by ground ambulance to Victor Valley Global Medical Center where he was airlifted to an out of area hospital with unknown injuries.