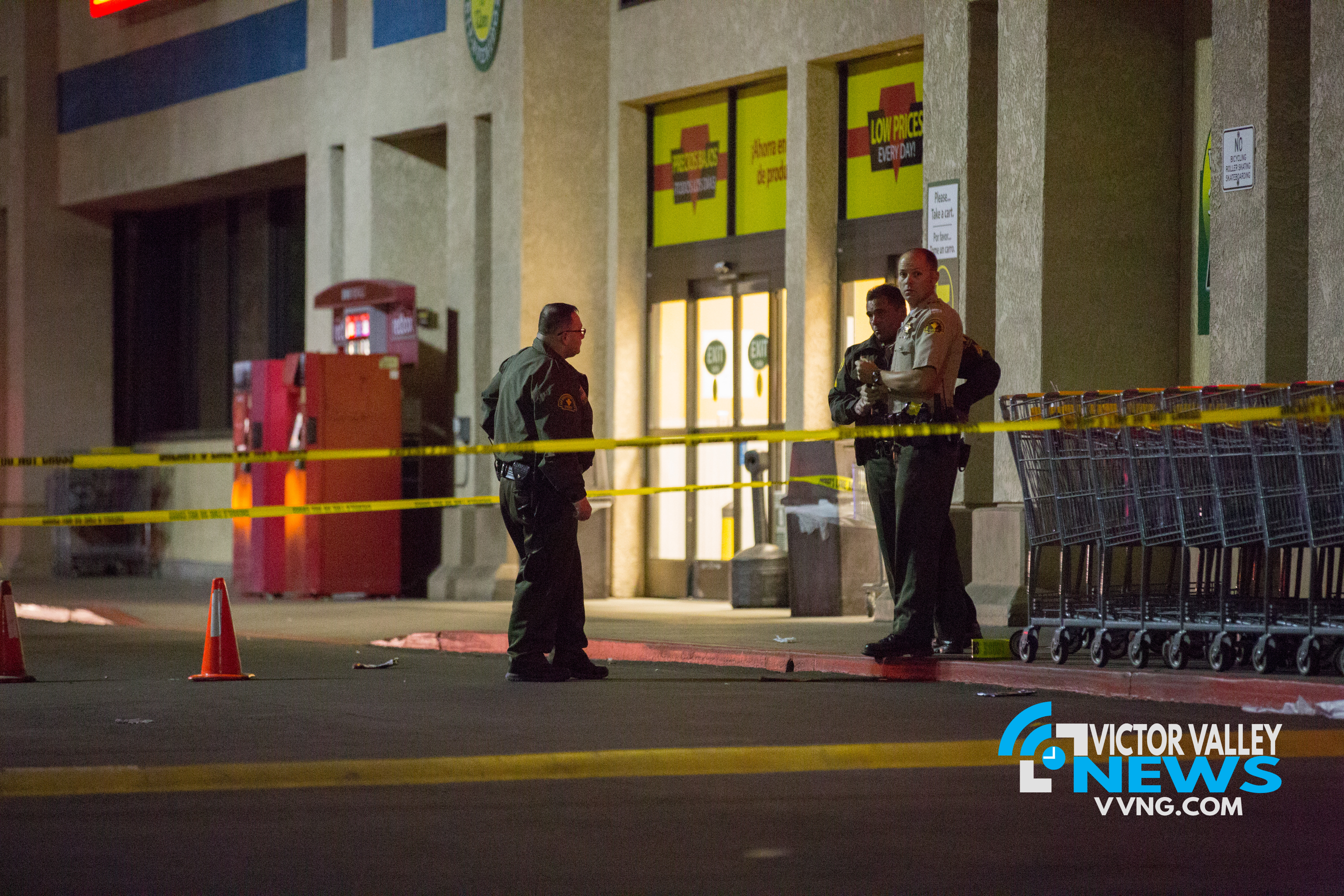 APPLE VALLEY, Calif. (VVNG.com) A 22-year-old man was airlifted after being shot in the Food 4 Less shopping center Wednesday night.

Just before 8:00 p.m. deputies responded to Kiowa and Bear Valley Roads where the shooting occurred. A shell casing was located near the entrance of the grocery story and was immediately cornered off by Sheriff’s crime scene tape.

Prior to deputies arriving, the victim was being transported by a personal vehicle to the hospital when it was intervened by officials after running a red light.

The victim was then transported by ambulance to a local hospital where he was then flown by helicopter to an out of area trauma center. The victim was alert and responsive at the time of transport.

Family of the victim arrived on scene and told Victor Valley News the victim was shot in the buttocks area and exited the front of his body.

Apple Valley Sheriff’s Deputies are reviewing surveillance video from the nearby business and were not able to confirm if a suspect had been identified or arrested.

The victim’s black Camaro remained in the parking lot of the Food 4 Less with a shattered driver side window. (Gabriel D. Espinoza, Victor Valley News)

Deputies located a bullet casing near the front of entrance of the grocery store. (Hugo C. Valdez, Victor Valley News)

For more news join us on Facebook with over 93,000 members VICTOR VALLEY NEWS.