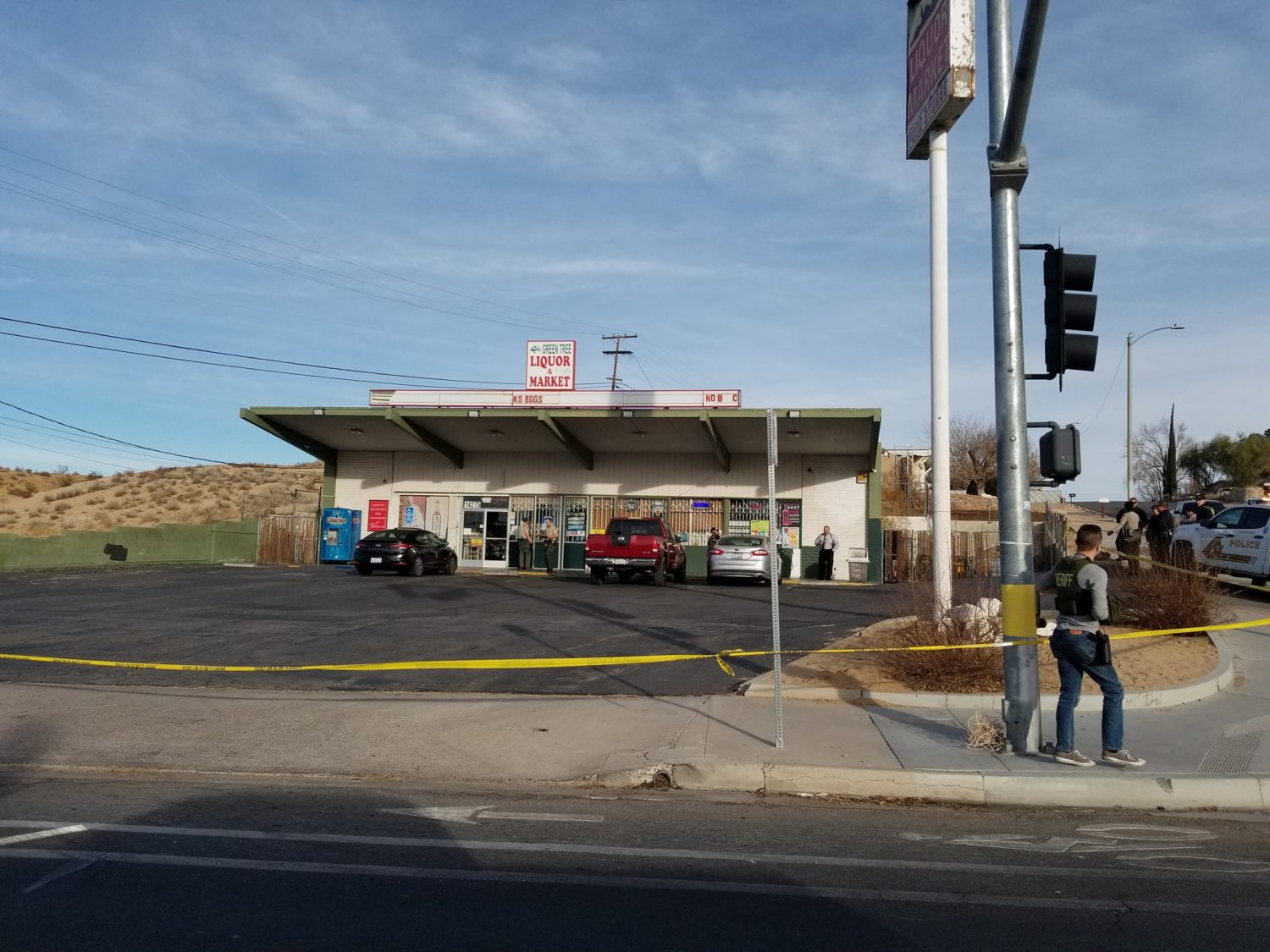 VICTORVILLE, Calif. (VVNG.com) — Authorities arrested two peopled and identified the 31-year-old man who was shot and killed while sitting in his car outside of the Green Tree Liquor store earlier this week.

Deputies responded to the business and found the victim identified as Christopher Brim, a resident of Victorville, suffering from gunshot wounds and unresponsive inside his parked vehicle. Brim was pronounced deceased at the scene.

According to a sheriff’s news release, detectives from the Homicide Detail responded and determined that another vehicle arrived at the store and parked near Brim’s vehicle.

The vehicle was occupied by a 22-year-old female driver identified as Alicia Rivas and her 21-year-old passenger Antonio Mota, both residents of Hesperia.

“A short time after parking, Mota exited, walked to Brim’s vehicle and shots were fired, striking Brim. Rivas and Mota fled the scene in their vehicle,” stated the news release.

Deputies conducted a traffic stop and a short pursuit ensued before Mota and Rivas were arrested without further incident. During the investigation, detectives located a handgun in Brim’s vehicle.

“When Mota was arrested, he was found to have a gunshot wound and detectives believe Brim returned fire during the shooting at the liquor store,” stated the release.

Mota was transported to the hospital and released after medical personnel determined his wounds were not life-threatening. He was booked at West Valley Detention Center for PC187 – Murder and Rivas was booked for PC32 – Accessory.

The family of the murder victim launched a Gofundme campaign to help with financial expenses “Help cover funeral costs for Chris Brim“.

Sheriff’s officials did not provide a possible motive for the shooting or if the suspect was known by the victims.

The investigation is ongoing and anyone with information, or anyone who witnessed the incident, is asked to contact Detective David Lara, Specialized Investigations Division – Homicide Detail at (909)387-3589. Callers can remain anonymous and contact WeTip at 800-78CRIME or www.wetip.com.

Pitman fire burning near the I-15 freeway in Glen Helen