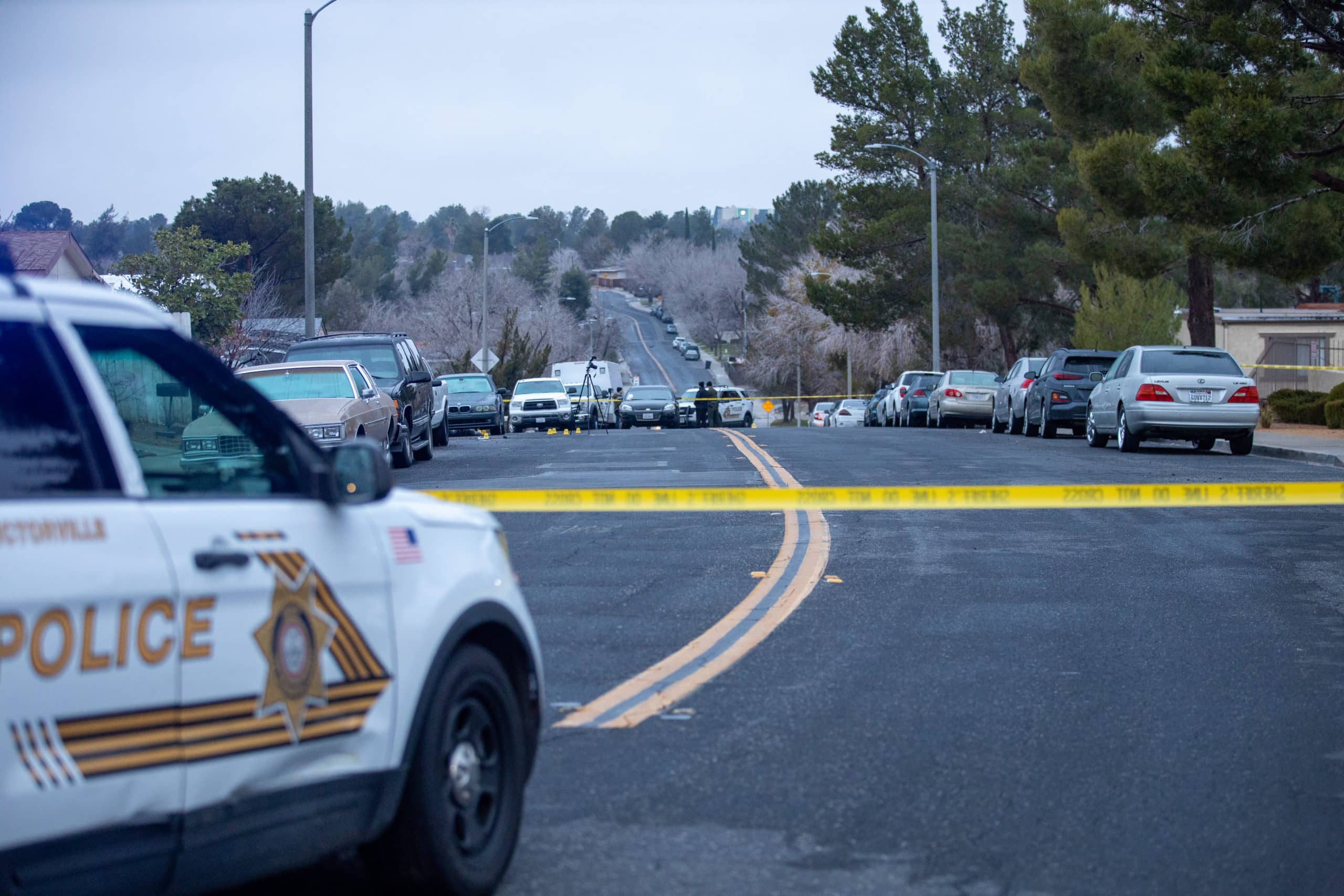 VICTORVILLE, Calif. (VVNG.com) — Homicide detectives are investigating after a man was shot and killed on Christmas Eve in Victorville.

Witnesses reported hearing 8-10 rounds followed by a vehicle speeding away. The victim’s body was in the street near a BMW.

At about 7:00 am, the sheriff’s CSI was seen taking photos of the area around the vehicle littered with at least a dozen evidence markers.

Miller said there is no suspect information at this time.

Homicide detectives are continuing their investigation. This is a developing story, check back for updates.