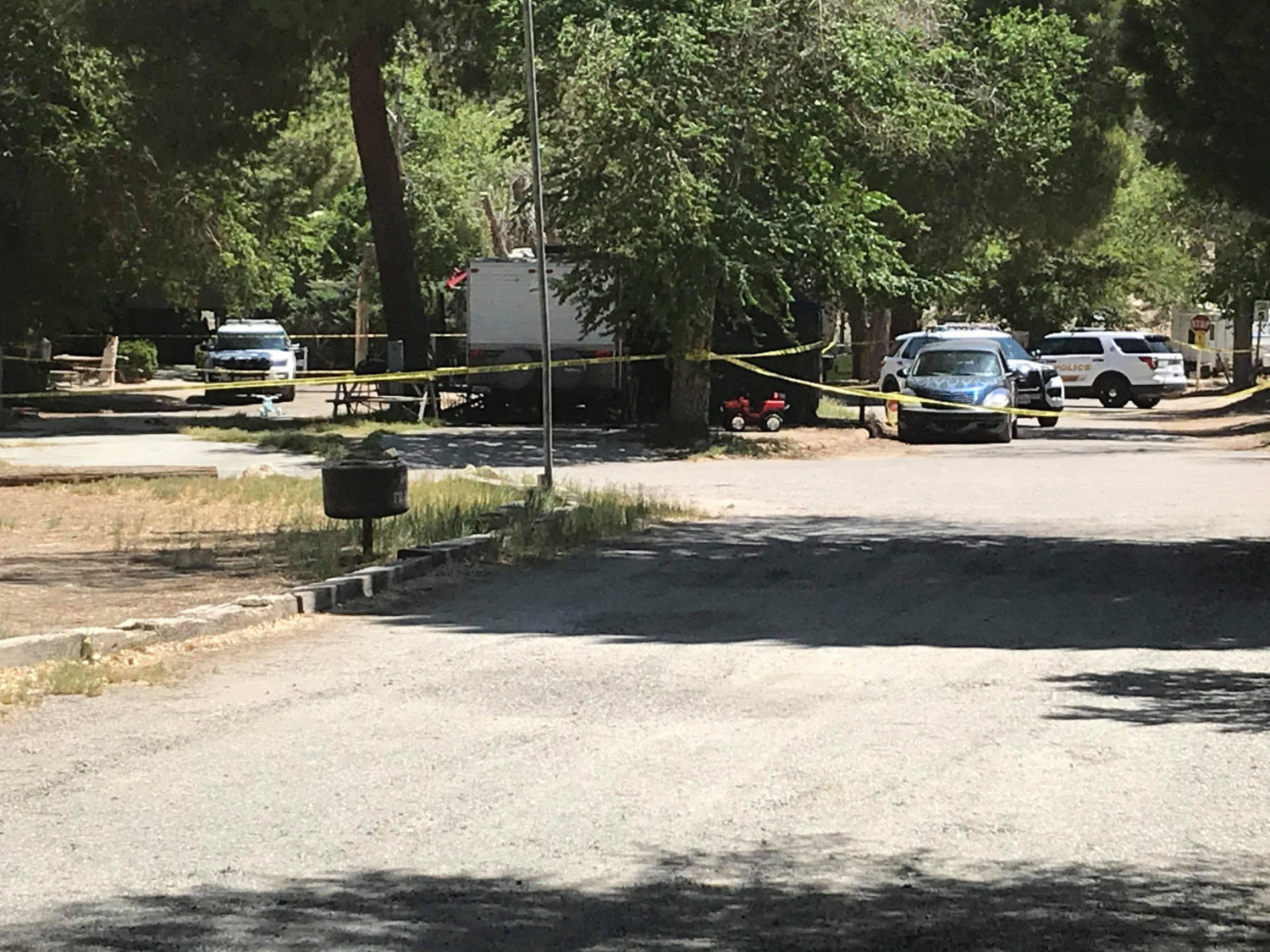 UPDATE 5/22 – An adult male living at the Shady Oasis Kampground that was taken to the station for questioning was later cleared after detectives determined he was not a suspect. Information on a possible suspect was not available and no arrests have been made. Additional information will be updated as it becomes available.

VICTORVILLE, Calif. (VVNG.com) — Detectives are investigating a murder inside the Shady Oasis Kampground in Victorville.

Miller said no further details are available at this time. This is a developing story and will be updated with additional information as it becomes available.