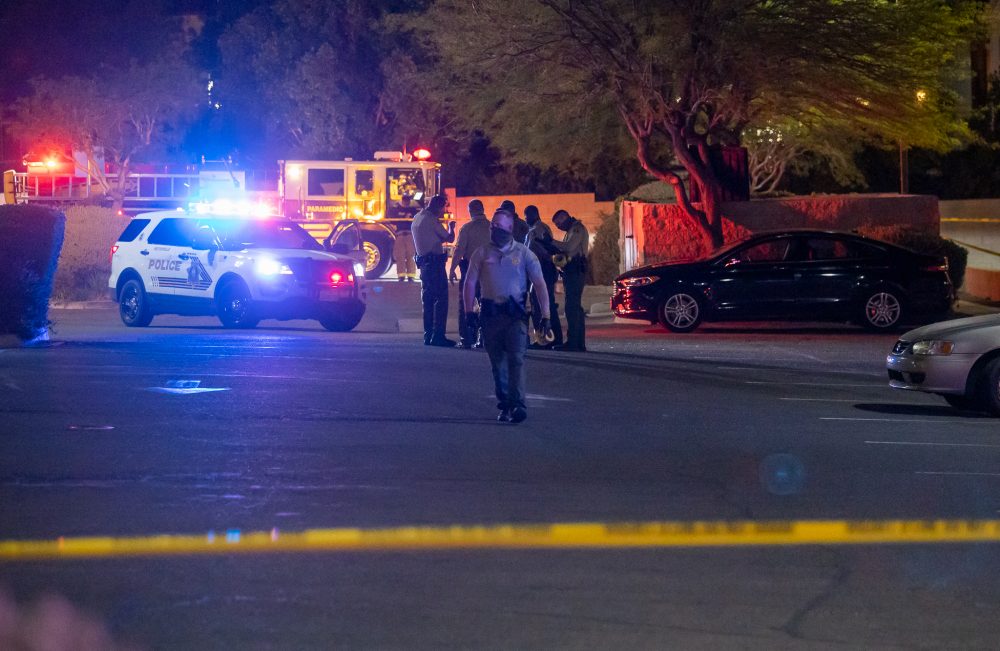 VICTORVILLE, Calif. (VVNG.com) – A man was shot and killed in the parking lot of a Farmer Boys restaurant in Victorville Sunday night.

At about 8:22 pm deputies from the Victorville Police Department responded to a report of a shooting near the intersection of Nisqualli and Hesperia Roads in Victorville.

Residents from surrounding neighborhoods  reported hearing as many as three shots.

Deputies arrived on scene and located an unresponsive male lying in the parking lot of the restaurant. Emergency personnel arrived and pronounced the male deceased at the scene.

A male in a silver four-door vehicle that was stopped in between two patrol units was being questioned by police and subsequently placed into the back of a patrol. However, at this time it’s unknown if the male is considered to be a suspect.

The entire Farmer Boy’s parking lot is blocked off with sheriffs crime scene tape as deputies spoke to witnesses and reviewed nearby cameras.

Detectives from the sheriff’s homicide detail will respond to conduct the investigation which is expected to take several hours.

This is a developing story and additional information will be updated as it becomes available. Anyone with information is asked to call Victorville Police at 760-241-2911.