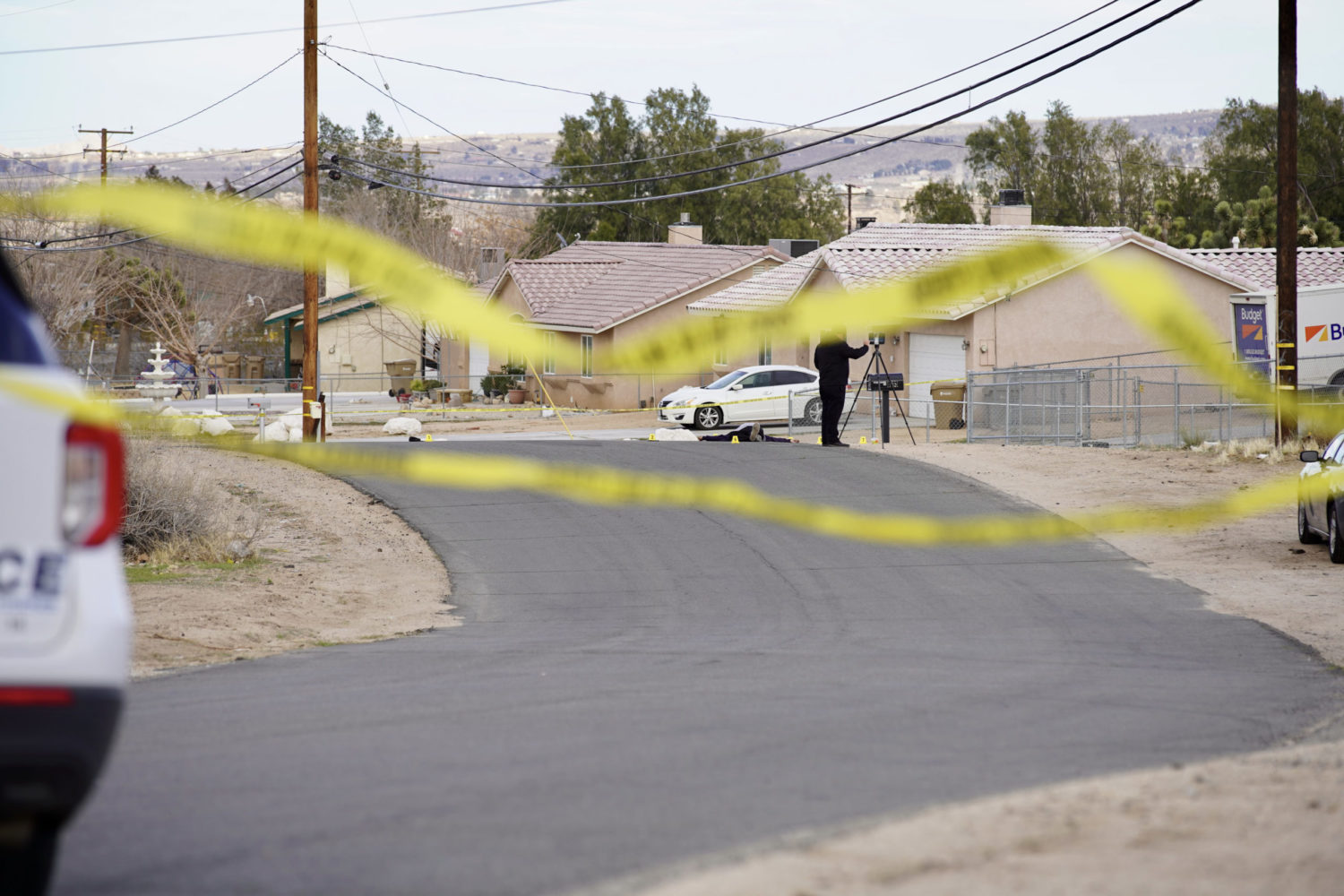 HESPERIA, Calif. (VVNG.com) — A homicide investigation is underway in a Hesperia neighborhood after a man was shot to death.

At 12:11 p.m., on March 3, 2021, deputies from the Hesperia Police Department responded to the report of shots heard in the 17900 block of Live Oak Street and found the male victim unresponsive in the street.

Witnesses reported seeing a Hispanic Male Adult breathing heavily and walking fast on Mango Avenue before he was apprehended by police. The sheriff’s spokeswoman said she couldn’t confirm if any arrests had been made.

This is a developing story and will be updated as it develops. Anyone with information is asked to call the Hesperia Police Department at 760-947-1500.