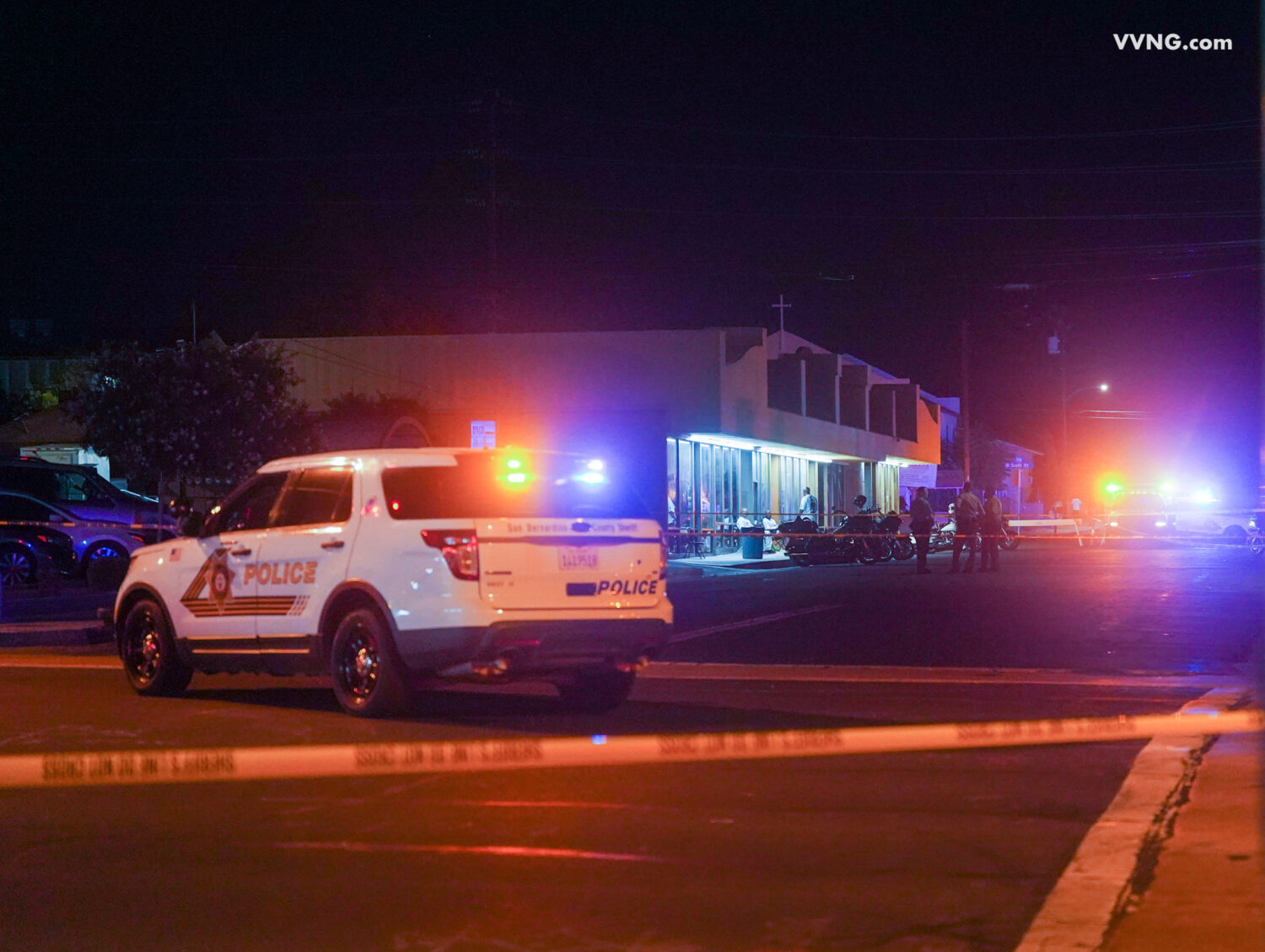 VICTORVILLE, Calif. (VVNG.com) — A stretch of Seventh Street in old town Victorville has been closed for over 12 hours after a man was shot and killed Friday night.

Emergency personnel arrived and located at least one person suffering from multiple gunshot wounds. The male was transported to a trauma center where despite life-saving measures he was pronounced deceased. His identity will be released pending notification on next of kin.

Witnesses said that after the shooting the suspect’s vehicle was involved in a crash leaving behind the bumper and license plate.

Sheriff’s officials have not yet released any details and have not responded to an email inquiry about a possible suspect being arrested.

As of 10:30 am., the following day, a hard road closure remained in place along Seventh Street between Forrest Avenue and C Street while the San Bernardino County Sheriff’s Homicide Team conducted the lengthy investigation.