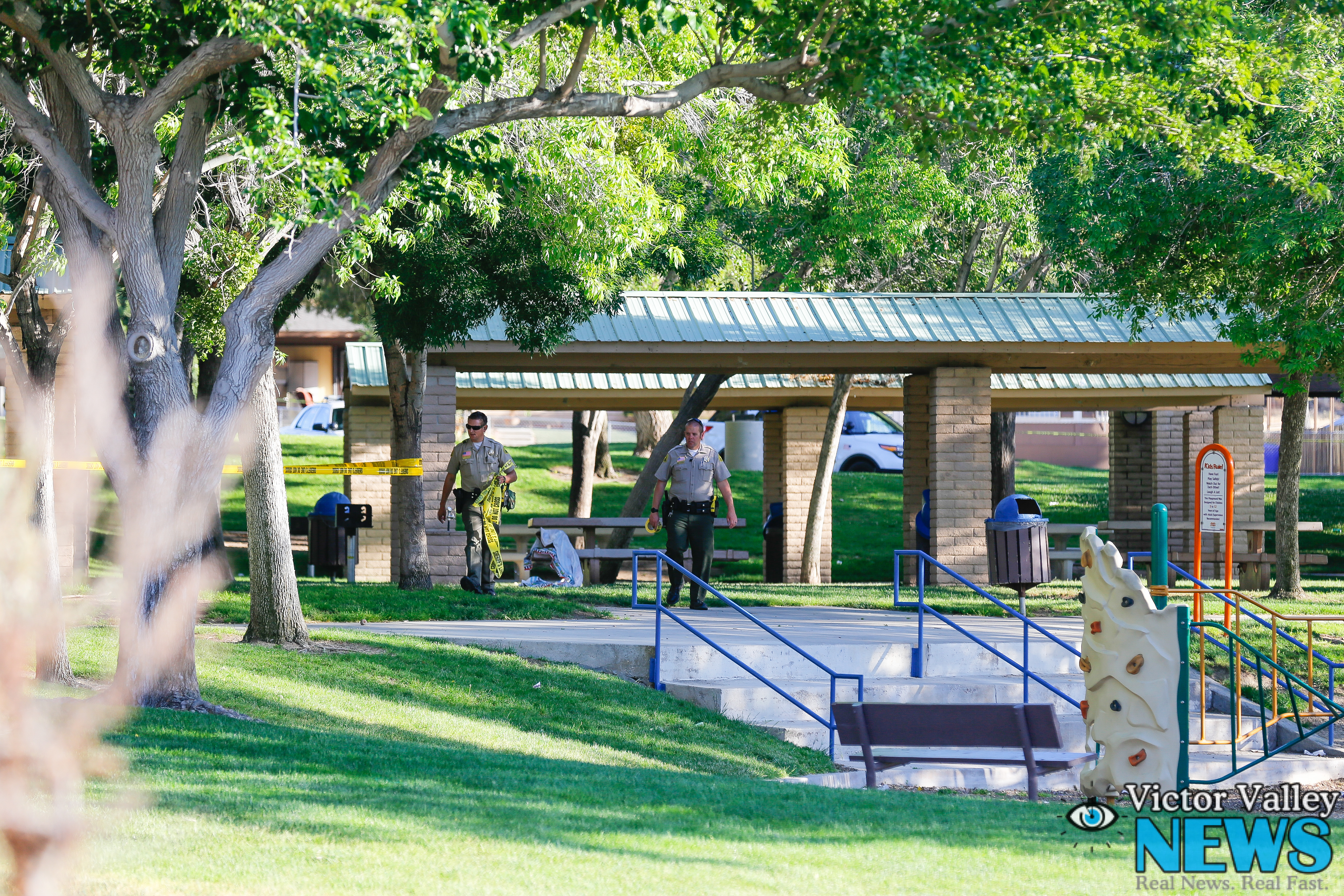 The report initially indicated that shots were heard, but a second reporting party called to report that a male subject was jumped and shot. Per scanner traffic, the shots were heard followed by a crowd of park-goers dispersing.

Deputies arrived at the scene and located the male down on the ground near the tennis courts suffering from multiple gunshot wounds to his upper torso. The deputy determined that the male victim was not breathing and had no pulse.

Following the shooting many bystanders ran over to the victims side. “He had two or three gunshots to his chest,” said a witness who asked not to be identified. “He was gasping for air and some people were trying to give him CPR. There was nothing anyone could do. He took one last gasp of air and he passed away.”

A witness at the scene told Victor Valley News, the victim is a black male who recently relocated to Victorville from Chicago. “He was a very nice guy and he lived in the apartments next to the park,” stated the witness who asked to remain anonymous.

Other witnesses expressed major concern over the senseless murder. “There were many kids and families right there where he was shot. It’s just a shame we can’t even enjoy a nice day at the park.”

It is unclear if any suspects have been detained and there is no suspect description at this time. Homicide Detectives were called to the scene to conduct an investigation.

The story is still developing at this time, information will be updated as it is received.

Anyone with information regarding this investigation is urged to contact the Victorville Police Department at (760) 241-2911 . Dispatch can be called after hours at (760) 956-5001.