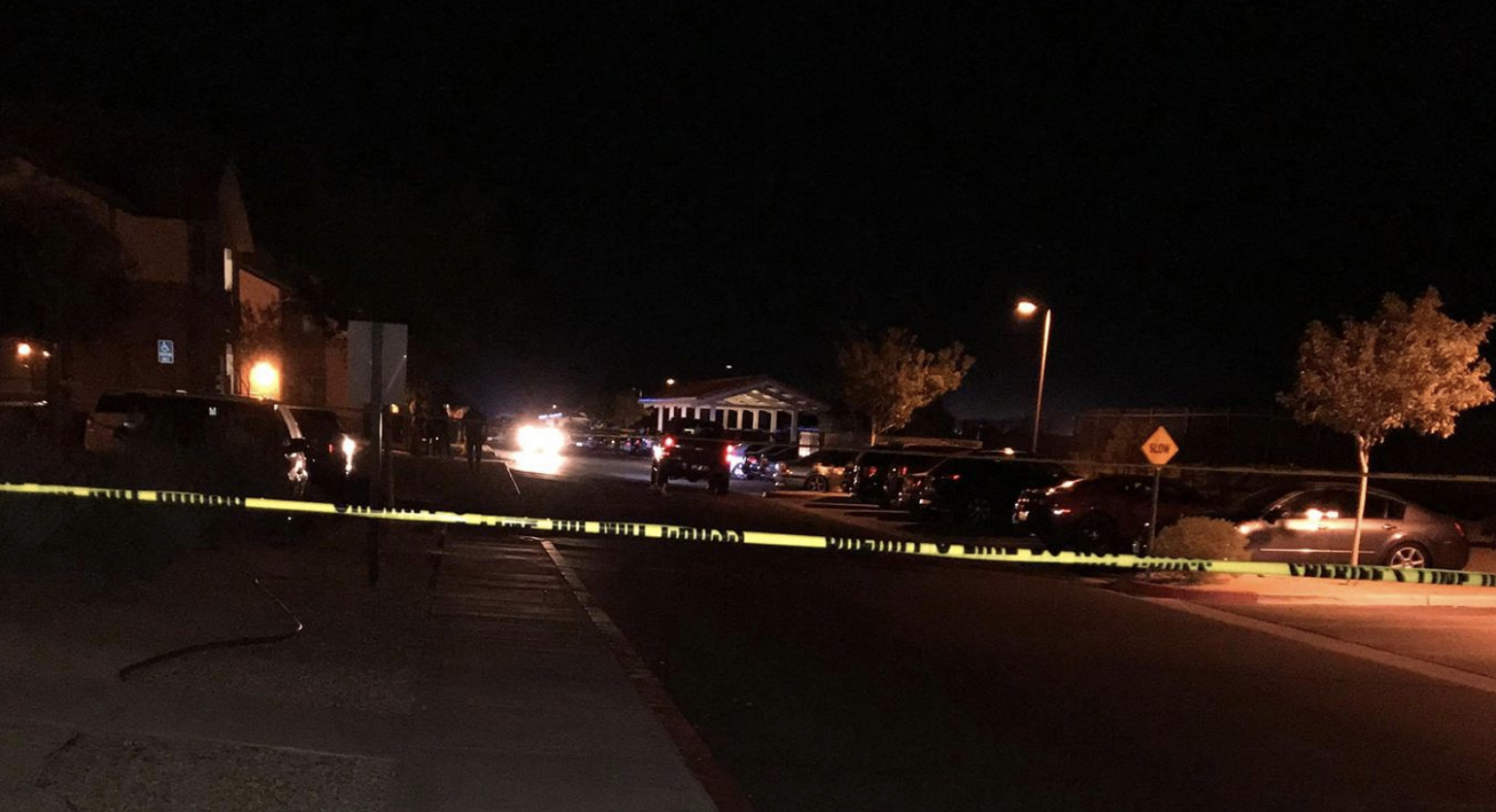 VICTORVILLE, Calif. (VVNG.com) — Police are looking for a suspect who shot and killed a man inside the Rancho Seneca Apartments in Victorville Friday night.

At about 6:10 pm, members of the Victor Valley News Group on Facebook reported police activity including a helicopter in the area of Palmdale and Seneca Roads. Deputies were seen rushing into the apartment complex in the 14700 block of Seneca Road.

Residents from the complex said a man near a Chevy Avalanche was shot and killed. The truck remained idle with its lights on as the male lay deceased behind the bumper.

According to a resident inside the complex, she heard multiple shots and a possible suspect running.

Deputies have taped off the parking lot area with crime scene tape and are keeping residents away. There are many residents that were not home at the time of the shooting who remain locked out of the complex and are parked on Seneca Road waiting for further instructions.

Sheriff’s Spokeswoman Cindy Bachman said Homicide Investigators are responding to the scene but had no other details into the incident.