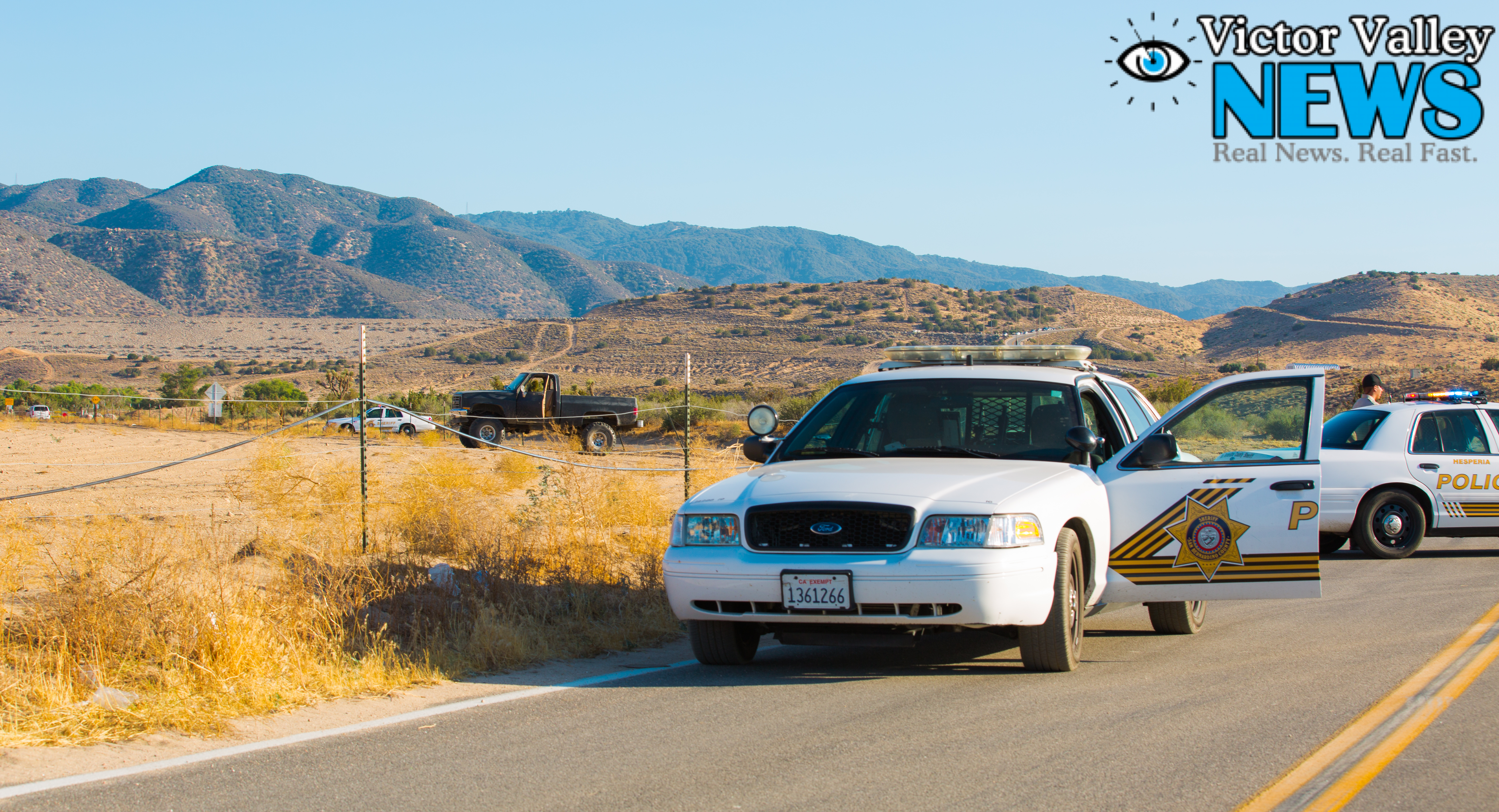 HESPERIA:(VVNG.com)- At 4:53 P.M., on Sunday, June 21, 2015 Sheriff’s dispatch received a report of shots heard near the spillway at Deep Creek. Multiple calls followed indicating that the situation was becoming increasingly volatile.

According to unconfirmed reports, a White Male Adult in his early 40’s was shot in the head following an altercation.

The altercation began following what was believed to be a crash involving two off-road vehicles.

The suspect, along with several of his friends allegedly assaulted, threatened, and pulled a hand gun on the victim. “He told them he didn’t want any problems and left one way. The [suspects] went in another direction and a few minutes later we heard a gun shot,” stated an anonymous witness.

After the gun shot was heard people frantically started trying to leave the area. Per scanner traffic, a reporting party who called dispatch was screaming and saying that the suspects began chasing and firing shots at her vehicle.

At approximately 5:17 P.M., all traffic leaving the Deep Creek area was blocked and questioned by law enforcement personnel.

When deputies arrived on scene the victims vehicle, a Chevy Pick-up-truck, was located parked with blood dripping from the door and with the unidentified victim inside. Deputies confirmed that the male victim was unresponsive and pronounced deceased at the scene.

Homicide was requested to conduct an investigation. According to authorities no arrest have been made and no suspect description has been released.

Deep Creek is located within an unincorporated area south of Apple Valley and southeast of Hesperia. The Mojave River runs through Deep Creek and is a popular place visited by locals for many generations. Over the past few months deputies have been responding to the area far more frequently.

“Before all the crazy stuff started happening this use to be a really nice place. Everyone would relax and kick back, people would come out and enjoy the day with their families, BBQ, ride motorcycles, and now it’s turned into something that we don’t even remember. It’s gone crazy,” stated Tyler Ogg.

No trespassing signs are posted throughout the area. Recently, local authorities have stepped up patrolling in the area and started issuing citations to trespassers. The dam and Spill Way belong to the Army Corps of Engineers while the area known as Juniper Flats is owned by the BLM. Many people are now questioning the overall safety of the area.

The name of the victim will be released by the San Bernardino Coroners Department pending notification of next of kin.

Anyone with information is asked to contact Detective Grant Ward or Sergeant Jason Radeleff at (909) 387-3589. Callers wishing to remain anonymous are urged to call the We-Tip Hotline at 1-800-78-CRIME (27463) or you may leave information on the We-Tip website at www.wetip.com.