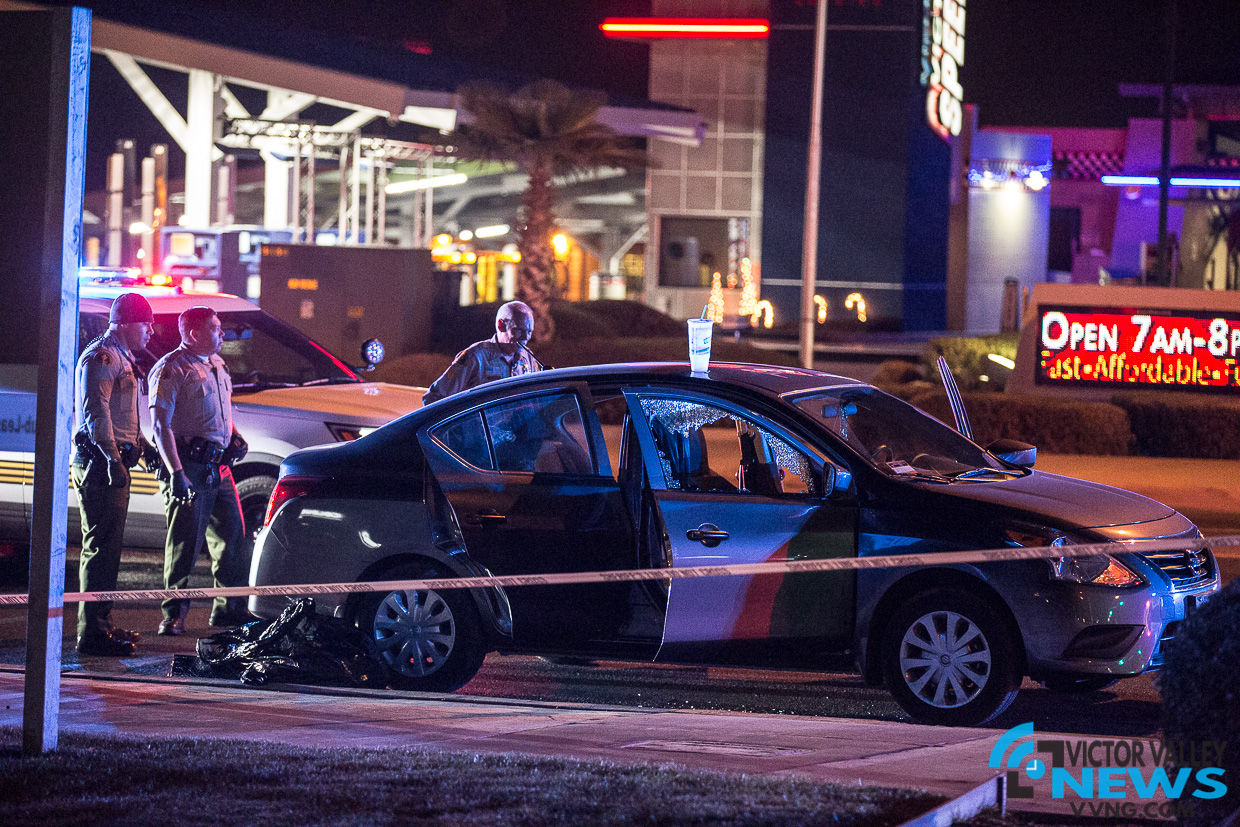 VICTORVILLE, Calif. (VVNG.com) – Police in Victorville are looking for multiple suspects in an alleged attempted carjacking and shooting which injured one person Christmas Eve.

The shooting occurred shortly before 11:00 p.m., in the 12100 block of Industrial Blvd. near Bear Valley Road in Victorville.

According to scanner traffic, the victim lived in his car and was sitting inside when the shooting occurred. He reported that four armed men approached his vehicle wearing ski masks. At some point, the suspects began firing at his car striking him the shoulder and the abdomen.

The victim indicated he was in an alley behind the Speed Wash Car Wash at the time of the shooting and then pulled out onto Industrial Blvd. after he was shot.

San Bernardino County Fire responded and treated the victim who was transported to an out of area trauma center.

The suspects fled the scene and are still at large as of December 25th.

Sheriff’s officials haven’t released any details on the incident. Information will be updated as it become available.