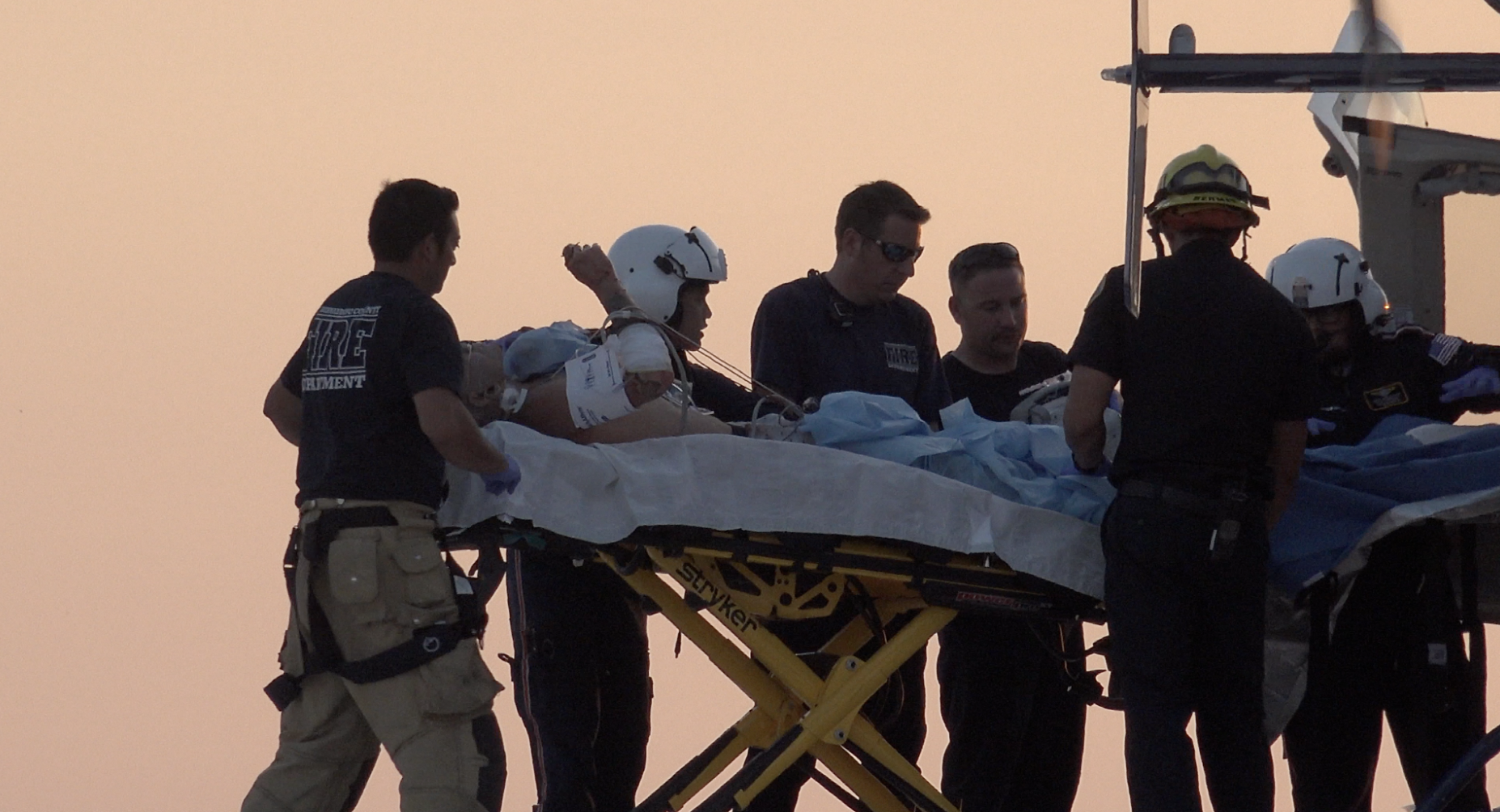 VICTORVILLE, Calif. (VVNG.com) A man suffered burns to his body after an explosion at a Victorville home being used to extract concentrated hash oil from marijuana, authorities said.

The San Bernardino County Fire Department responded to the call at 6:19 pm after receiving reports of an explosion in the 11500 block of Topaz Road on Thursday, July 6, 2017.

“The reports said the garage door flew off the house and that a male was running down Topaz with burns,” stated County Fire spokesman Ryan Vaccaro.

Officials reported finding remnants of skin in the driveway of the home and “definite signs of an explosion.”

The badly burned man showed up a short time later at Victor Valley Global Medical Center after being dropped off in a personal vehicle.

Sheriff’s officials confirmed that the male victim was transported to a burn center at Arrowhead Regional Medical Center by a Mercy Air helicopter.

It’s unknown if the man, whose name was not available, will face criminal charges in connection with the alleged honey oil lab.

Topaz remains closed between Tamarack Street and Maple Valley Road as of 11:10 pm while officials conduct an investigation. 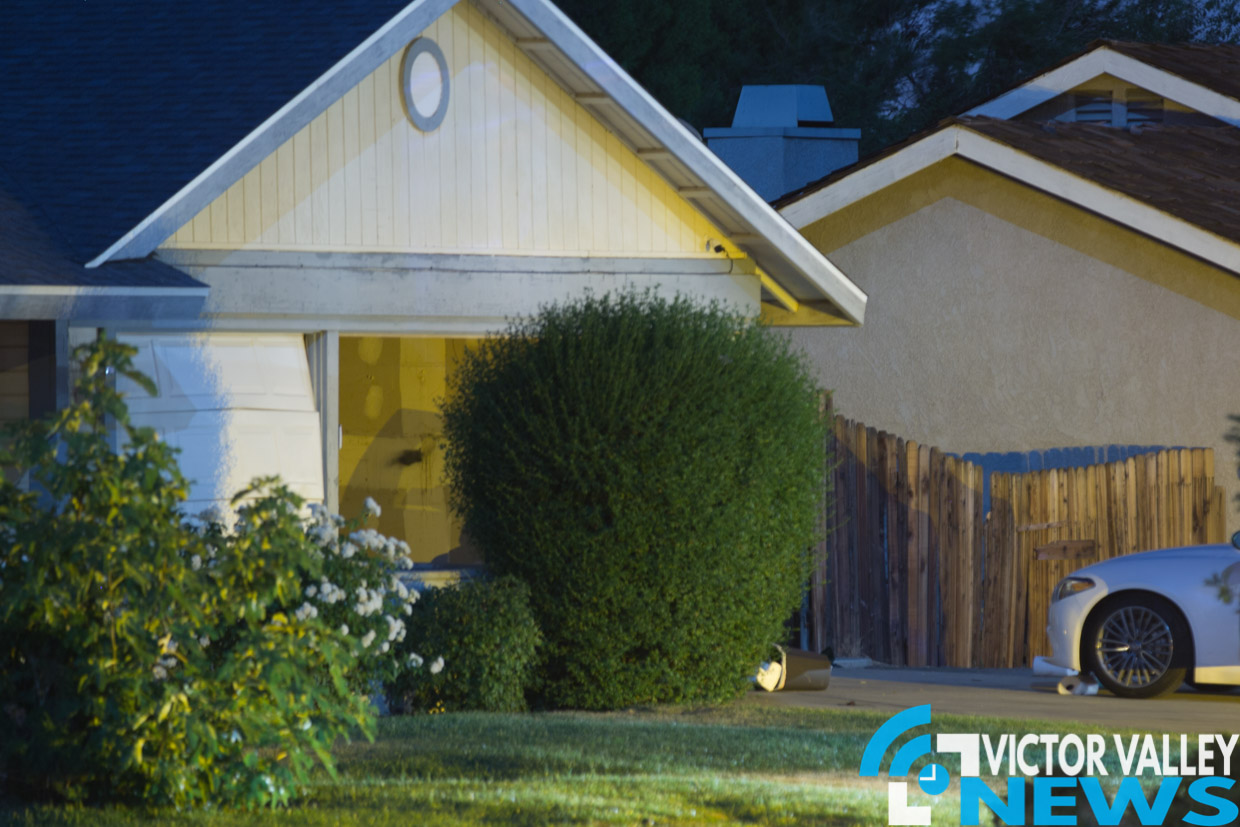 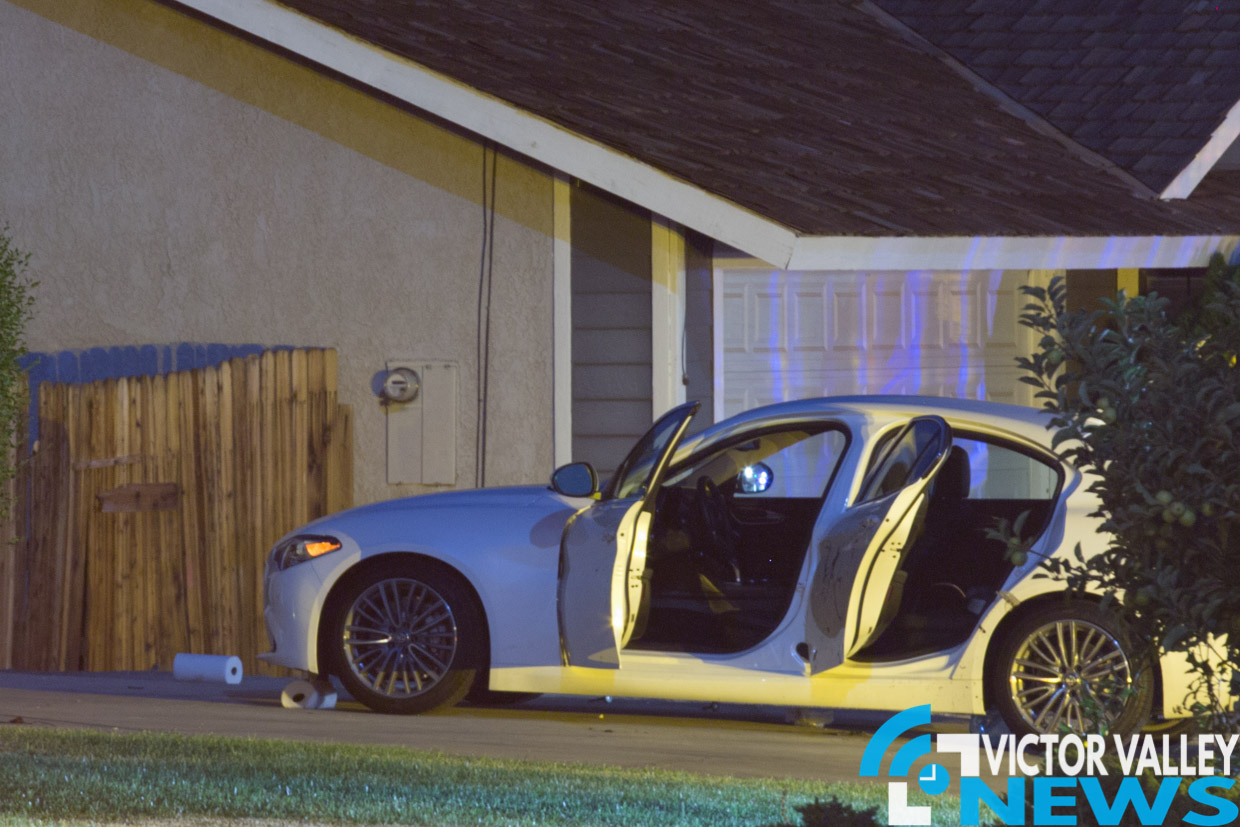 A white car was left in the parking lot and had an unknown substance on the door. (Gabriel D. Espinoza, Victor Valley News)