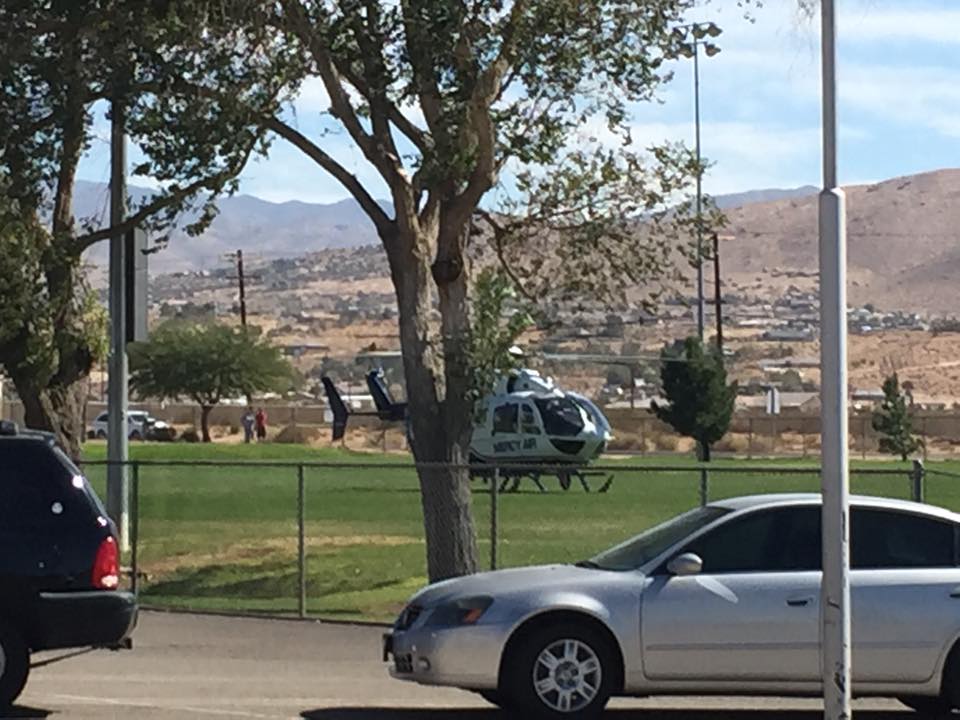 APPLE VALLEY: (VVNG.com)- A male was seriously injured after he was allegedly stabbed in the neck during a family altercation.

An airship was requested to transport the victim from Mendel park to Loma Linda Medical Center. His condition is currently unknown.

According to scanner traffic, the suspect, believed to be the victims brother-in-law stabbed the victim in the neck with a knife. The suspect left the scene of the crime in a vehicle and was located a short time later.

Detectives are currently processing the crime scene for evidence.  No further information is available at this time. More details will be updated as they are released.