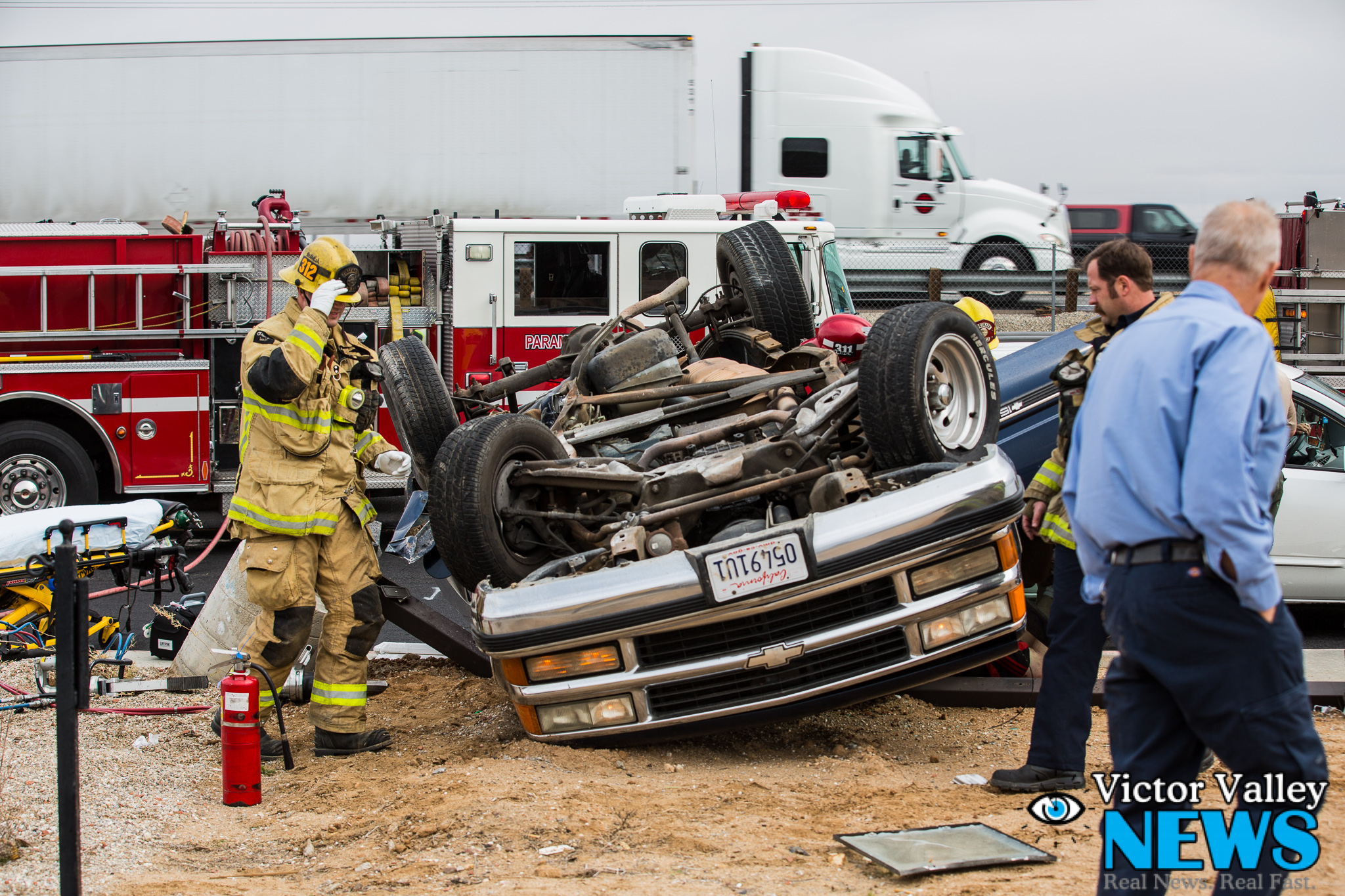 VICTORVILLE-(VVNG.com): At approximately 1:50 p.m. on Tuesday, January 19th deputies, as well as medical personnel, were dispatched to the 13300 block of Amargosa Road for the report of a vehicle into a pole. Upon arrival, they located an older model dark blue Chevy Silverado with major damage.

Per scanner traffic, the driver, a 28-year-old man was trapped in the vehicle requiring extrication from the mangled vehicle. The extrication was complete by 2:00 p.m.

An airship was initially requested to transport the injured driver but was later cancelled. The man was transported by ground ambulance to Arrowhead Regional Medical Center for the treatment of undisclosed injuries.

Amargosa Road was closed temporarily in both directions from Luna Road to Maricopa Road. As of 2:20 p.m., the roadway remained closed and will reopen after the vehicle is towed away.