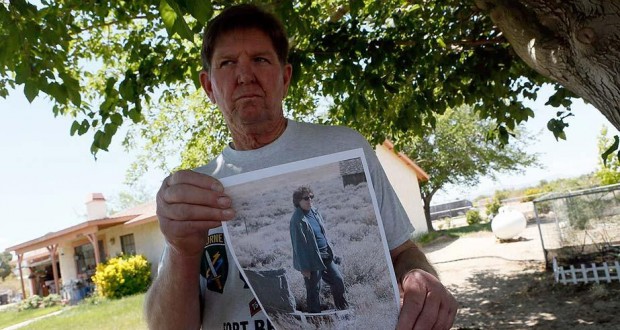 LANCASTER :(VVNG.com)-  On May 19th, 2013 63-year-old Pamela Devitt was mauled and killed by four of Littlerock resident, Alex Donald Jackson’s four Pit Bulls. Devitt was simply going for a walk when the deadly attack occurred causing 150 puncture wounds to her body. Jackson was found guilty of second

31-year-old Jackson was in court on Friday, October 3rd, facing 24 years to life in state prison. At the sentencing held in an Antelope Valley courtroom the mood was somber as the of the victim’s husband, Ben Devitt gave his emotional victim impact statement. He spoke about his wife being a creative woman who decorated cakes, sewed and cared about her appearance and health. He also mentioned about her daily walks being part of her health regimen.

Jackson was sentenced to 15 years to life for second-degree murder and 7 years for the drug and weapon related charges. The sentences will run concurrently with the 15 year to life sentence for the second degree murder conviction.