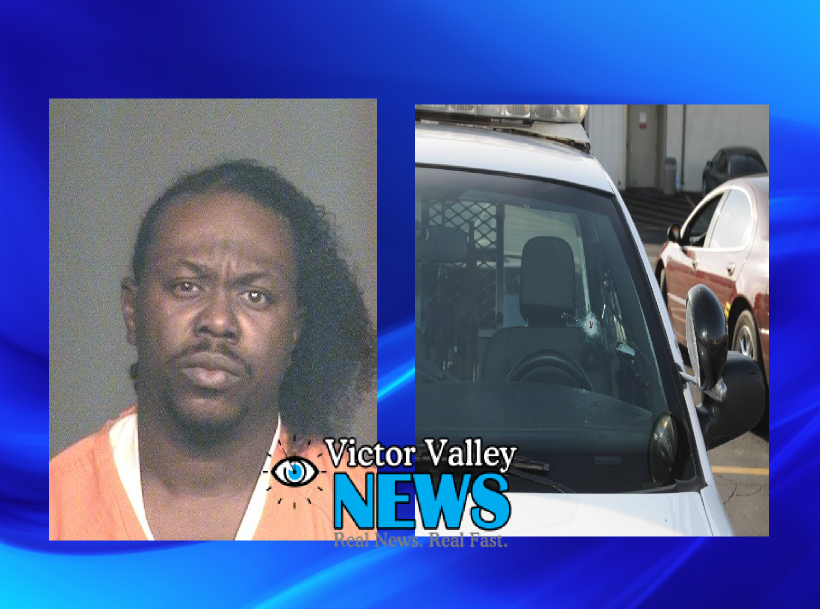 VICTORVILLE-(VVNG.com):  A 39-year-old high desert resident was sentenced to 120 years to life in state prison for opening fire on a deputy in 2009.

Dameyion Kennedy, a documented gang member with a prior strike was sentenced after being convicted of two counts of attempted murder of a peace officer on April 30, 2012.  Kennedy was also found guilty of evading and being a felon in possession of a firearm, both with gang enhancements and one count of street terrorism.

Victorville City Police Department stopped a Mercury Cougar for having no rear license plate. Kennedy exited the vehicle and confronted the deputy, saying, “What the f*** you stopping me for?”

Deputy Gascon instructed Kennedy to get back into his vehicle, which he did. Kennedy then fled the traffic stop. Deputy Gascon activated her overhead emergency lights and siren and began pursuing the suspect vehicle. Deputy Gascon pursued the vehicle for several minutes through a residential neighborhood while calling for back up.

At one point, Kennedy stopped in the middle of the road. As Deputy Gascon was coming to a stop behind the suspect vehicle, Kennedy leaned out the driver’s side window and fired 3-4 shots at Deputy Gascon.

Gascon was able to duck down in her vehicle just before Kennedy shot at her. One round struck the

windshield of her patrol car directly in front of her face, and two other rounds struck the driver’s door pillar and mirror

“I’m thrilled that after a careful consideration of the evidence, the jury found Mr. Kennedy guilty of all charges,” said Deputy District Attorney Shannon Faherty, who prosecuted the case. “The Sheriff’s Department, specifically the Victorville City SMASH team, did an outstanding investigation that left no doubt that Mr. Kennedy intended to kill Deputy Gascon that night. This is the type of case that perfectly illustrates when someone tries to hurt or kill a peace officer, this office will aggressively prosecute that person and protect our law enforcement victims.”