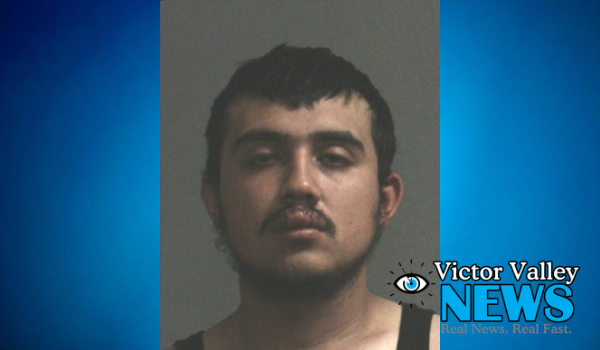 VICTORVILLE-(VVNG.com): Nearly a year and a half after the death of a 7-year-old Victorville boy, a 22-year-old man has been sentenced for his death caused by a DUI traffic collision. Armando Barragan was sentenced on Monday to 10 years in prison for charges related to the death of the small child.

Kimberly Cannon-Wiley, a 29-year-old Victorville woman was driving northbound ahead of the truck at a slower rate of speed CHP officials said.

Barragan rear-ended the Saturn sending the vehicle careening into the metal guard rail. He then fled the scene of the collision leaving the woman and her small children behind in the mangled vehicle. Authorities located and detained Barragan shortly after.

Barragan was also transported to the hospital for treatment of minor injuries and was subsequently arrested. Barragan at his arraignment on, October 29, 2014, pleaded not guilty on all counts, including murder, gross vehicular manslaughter while intoxicated, two counts of DUI causing bodily injury and two counts of DUI .08 alcohol causing bodily injury.

He will serve his time at the California Department of Corrections at Chino.