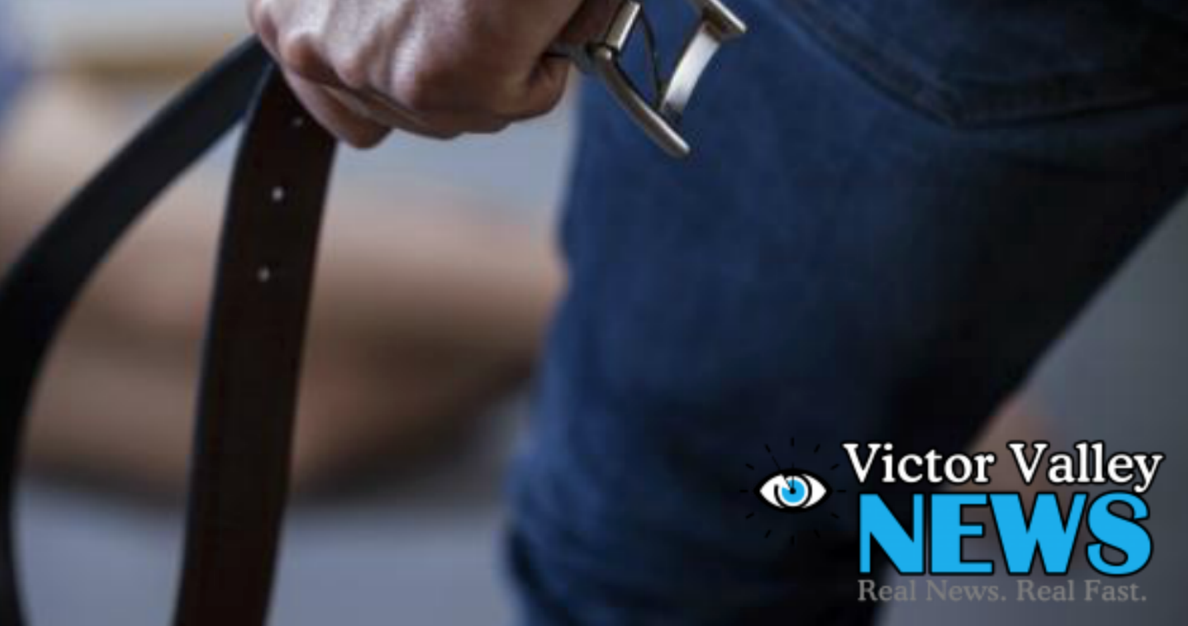 VICTORVILLE-(VVNG.com): A 33-year-old Apple Valley man is ordered to stay away from his son for possibly up to four years for hitting the 14-year-old with the belt and leaving marks.

Jerod May, as part of a plea bargain made on Monday, June 22, 2015 made a no contest plea to willful cruelty to a child.

The incident took place during an April 16, 2015 visit between the father and son on the 14500 block of Graham Avenue in Victorville.

It was learned through investigation, that the reason the boy was hit with the belt had to do with the boy’s grades.

May, who also has an open Child Protective Services case, was sentenced to eight days in county jail (with credit for the 4 days of time served), four years of probation and a year of child abuse treatment program.