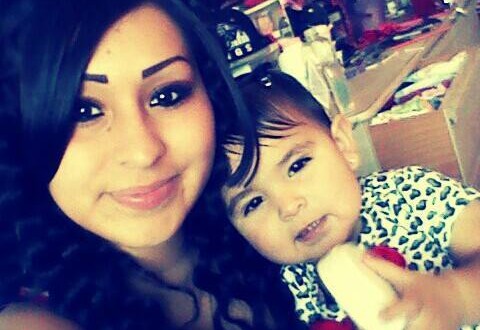 VICTORVILLE-(VVNG.com): The murder charges for 21-year-old Raymond Bahena were dropped after he pleaded no contest to the involuntary manslaughter of his sister on Tuesday.

The June 11, 2014 death of 17-year-old mother of two Gloria Guzman began as a domestic disturbance between Guzman and her boyfriend. Witnesses said that during the altercation, Guzman picked up the phone to call her brother (Raymond Bahena).

Upon his arrival to the home on the 16000 block of Desert Sand Road, he was confronted by her boyfriend and his father. A verbal altercation ensued and guns were subsequently drawn. Shots were fired and Guzman was accidentally hit in the lower abdomen by a bullet shot by her brother. Bahena panicked and fled the scene, but later contacted family and decided to turn himself in.

When deputies arrived at the home Guzman and the father of her boyfriend both were suffering from gunshot wounds. Both were transported to Victor Valley Global Medical Center where Guzman succumbed to her injuries shortly after. The injuries of the man were non-life-threatening in nature.

Bahena requested immediate sentencing and was sentenced to 7 years in prison to be served at Chino State Prison. He was credited for about a year and a half time served.