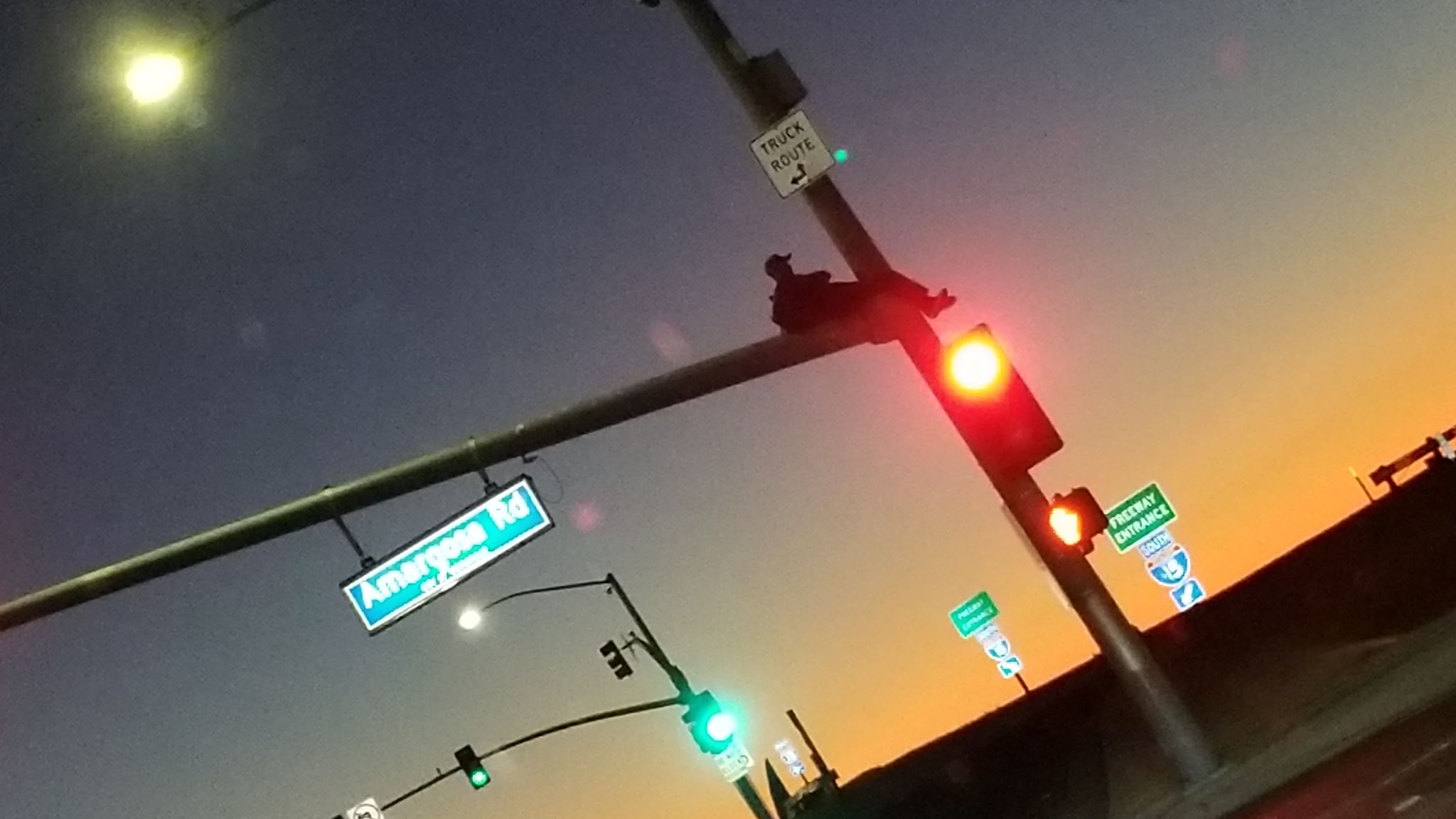 It happened at about 6:22 am at the intersection of Amargosa Road and Bear Valley Road in Victorville.

A cellphone photo taken by Carlos Andrade showed a man wearing a hat and a backpack casually leaning back with his arms crossed.

Firefighters and deputies responded to the scene and blocked eastbound lanes on Bear Valley as firefighters prepared to bring him down.

A cellphone video posted by Andrew Martinez showed firefighters used a ladder and deputies walking the man towards a patrol vehicle.

“Eventually, Livingston complied with the deputy and climbed down. He was evaluated at the scene by medical personnel and transported to High Desert Detention Center. He was booked for being under the influence of a controlled substance,” stated Rodriguez.