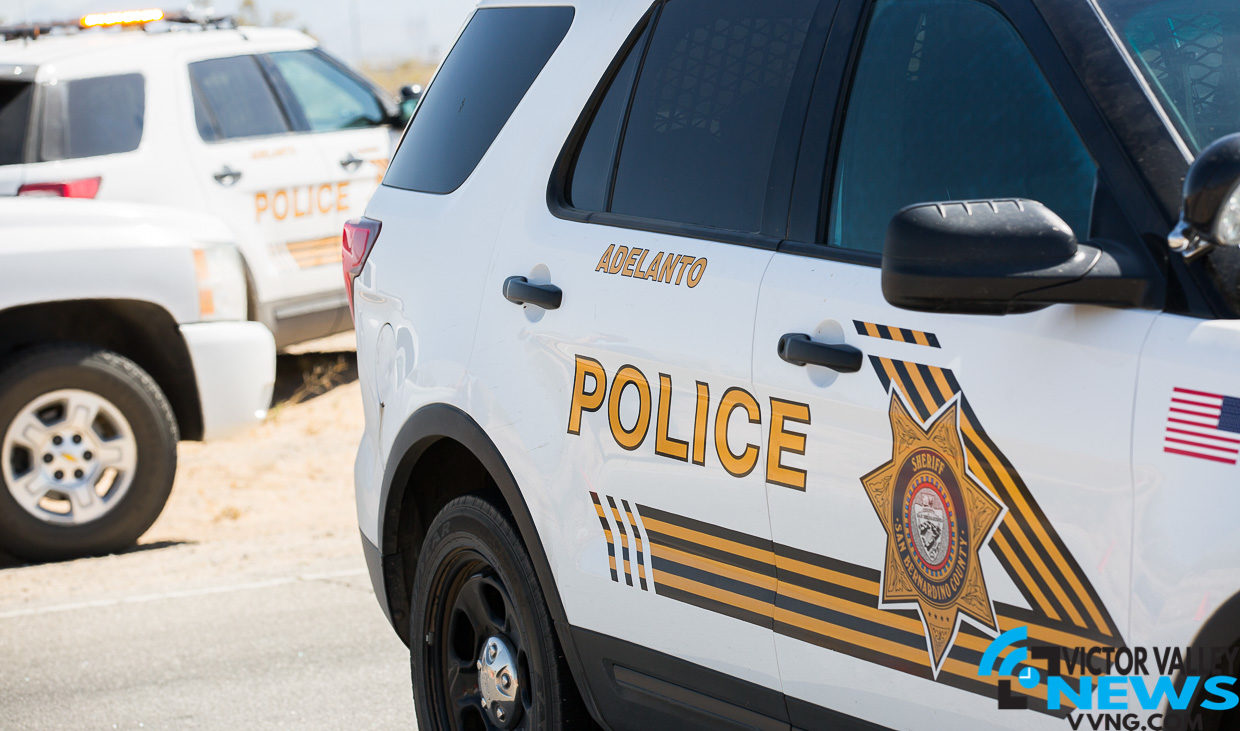 The alleged armed robbery was reported on June 10, 2017, at about 6:40 a.m. in the area of Bellflower Street and Seneca Road in Adelanto.

Per scanner reports, the victim stated his cell phone was taken from him at gunpoint by an unknown suspect armed with a black revolver.

The victim, described the suspect as a Hispanic male with short brown hair, wearing all dark clothing.

CHP’s H-80 helicopter responded to assist ground deputies with aerial support. After an extensive search of the area, the suspect was not located.

Anyone with information is urged to call the Victor Valley Sheriff’s Station at (760)552-6800.