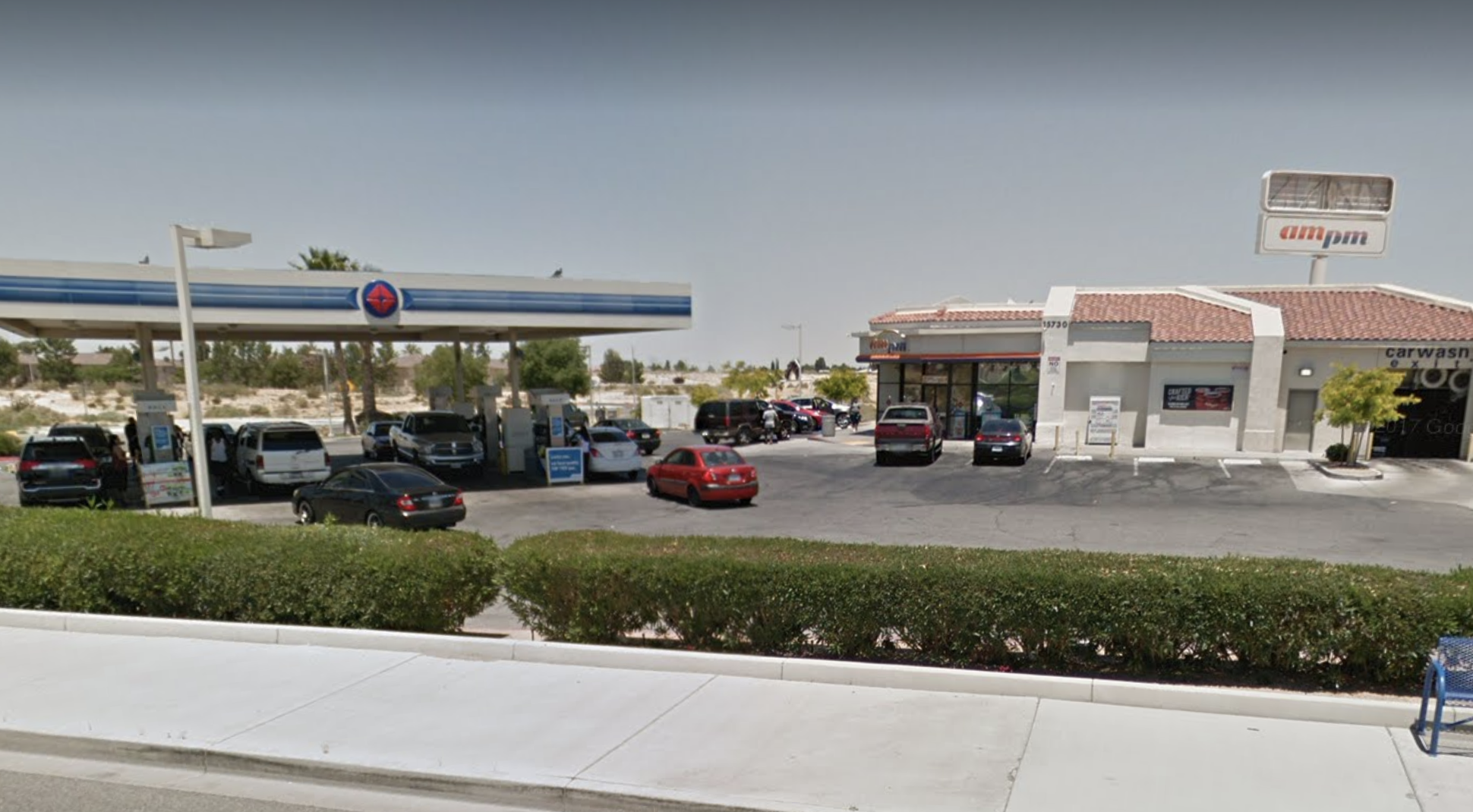 VICTORVILLE, Calif. (VVNG.com) — Police arrested a 46-year-old knife-wielding Victorville transient after he threatened and robbed a man at a gas station Tuesday morning.

Sheriff’s Spokeswoman Mara Rodriguez told Victor Valley News, the suspect identified as Joseph Benjamin Martinez, was armed with a knife as he approached the victim.

“He held a knife and threatened the man, demanding the victim give him his cell phone and tablet. The man was in fear and complied,” stated Rodriguez.

Deputies responded to the scene and after an area check, they located Martinez running in the nearby desert. Martinez was positively identified as the suspect and arrested.

He was booked at High Desert Detention Center for PC211 robbery and for being under the influence of a controlled substance. His bail is set at $150,000 and is scheduled for arraignment in a Victorville courtroom on August 30, 2018.