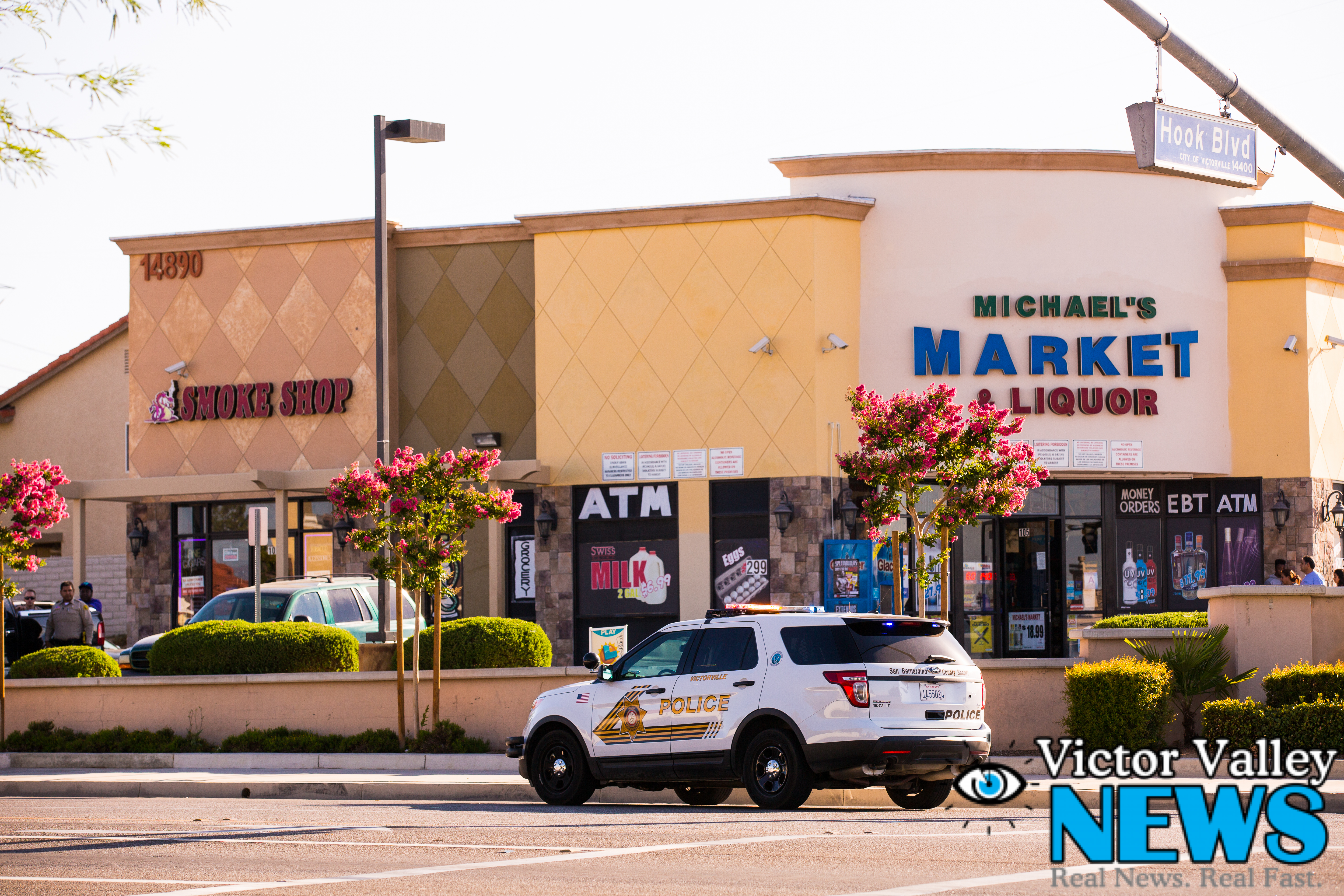 VICTORVILLE-(VVNG.com): On Wednesday, July 15, 2015 at approximately 5:30 P.M., dispatch received a report of an armed robbery at the Michael’s Liquor located at 14890 El Evado Road near Hook Boulevard.

Per scanner traffic, the suspects were two black male adults wearing all black clothing with one carrying a stolen white backpack.

The victim, possibly a customer, reported just getting cash out of a nearby AMPM ATM prior to the robbery. Both suspects were allegedly armed with handguns at the time of the robbery and one is also believed to have left with an X-Box and a jar of marijuana.

San Bernardino County Deputies from the Victorville Station are currently searching for the suspects at this time. The story is still developing at this time, information will be updated as it is received.