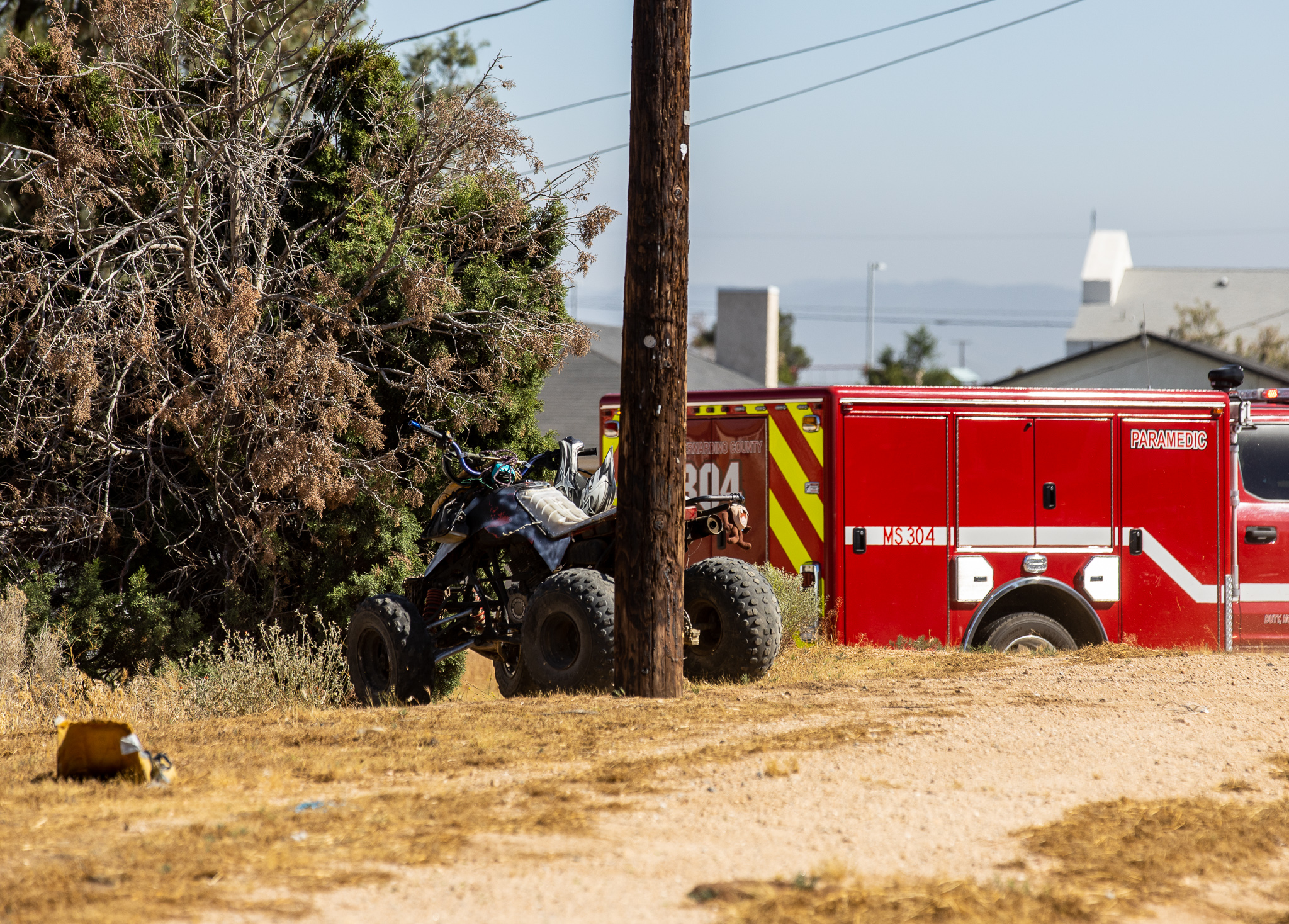 HESPERIA, Calif. (VVNG.com) — A man riding a stolen quad was airlifted to a trauma center after he crashed and broke his leg, officials said.

At about 4:00 pm, on Thursday, June 20, 2019, deputies responded to the area of Mojave Street and Hesperia Road following the report of a quad crashing into a telephone pole.

Sheriff’s spokeswoman Jodi Miller told VVNG the driver of the quad was an adult male and the quad was found to have been reported stolen.

Miller said he was transported by air to a trauma center for a broken leg.

No other injuries were reported as a result of the accident.