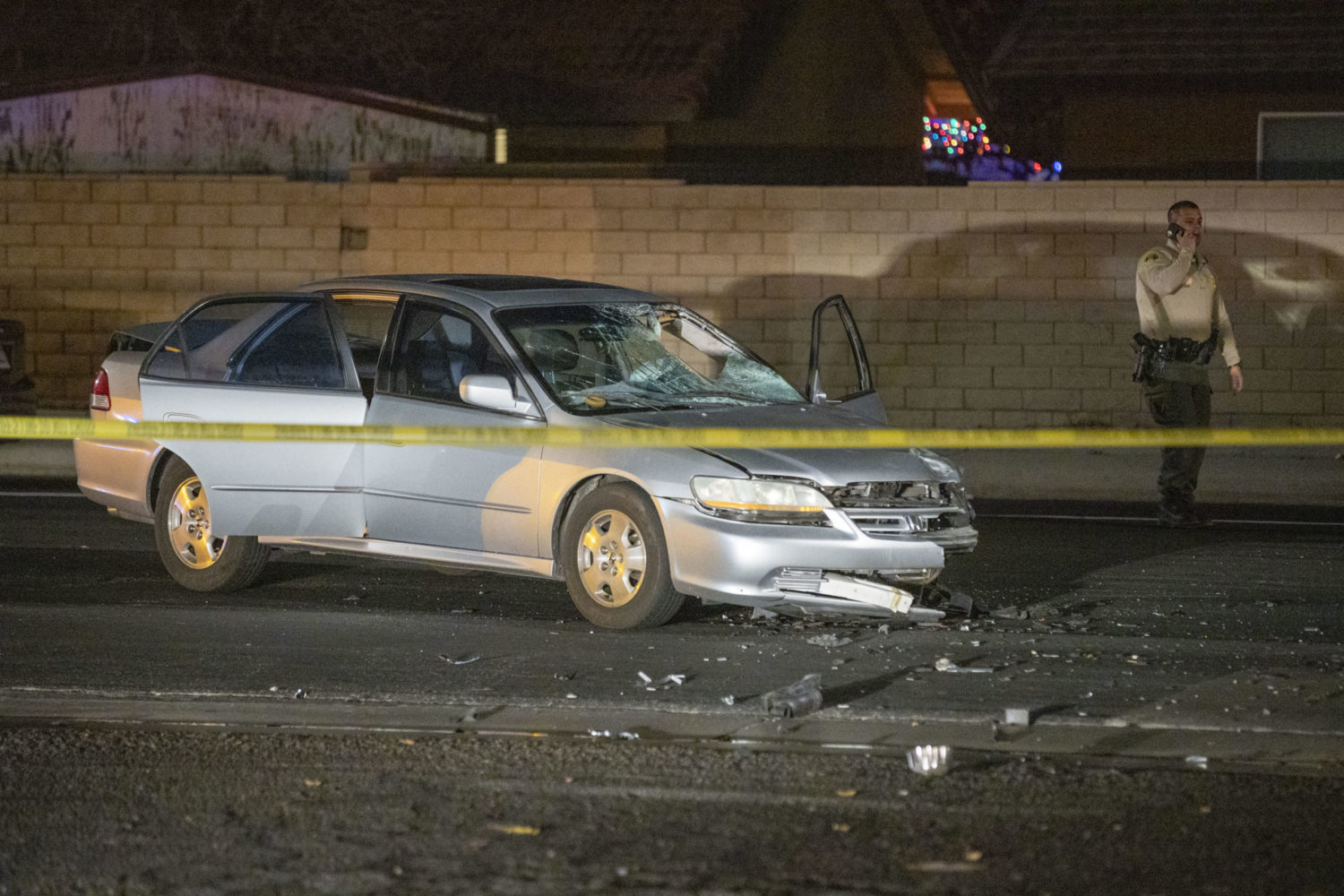 VICTORVILLE, Calif. (VVNG.com) — A man driving a motorized scooter was struck and killed while attempting to cross a busy roadway in Victorville Saturday night.

According to a sheriff’s news release, a silver Honda Accord was traveling west on Hook Blvd and a driver of a gray motorized scooter drove west on the center turning lane of Hook Blvd.

“The driver of the motorized scooter drove onto the number one westbound lane causing the collision to occur,” stated the news release.

The driver of the gray motorized scooter was wearing dark-colored pants, a white, black and blue checkered shirt. He was pronounced deceased at the scene by medical personnel and information regarding his identity was not released.

Hook Blvd between El Evado Road and Ashley Glen Drive was closed for several hours while the Sheriff’s Major Accident Investigation Team processed the scene during the investigation.

Anyone with information or anyone who may have witnessed the collision is asked to contact Deputy J. Mata or Deputy T. Wetzel at the Victorville Police Station at 760-241-2911.