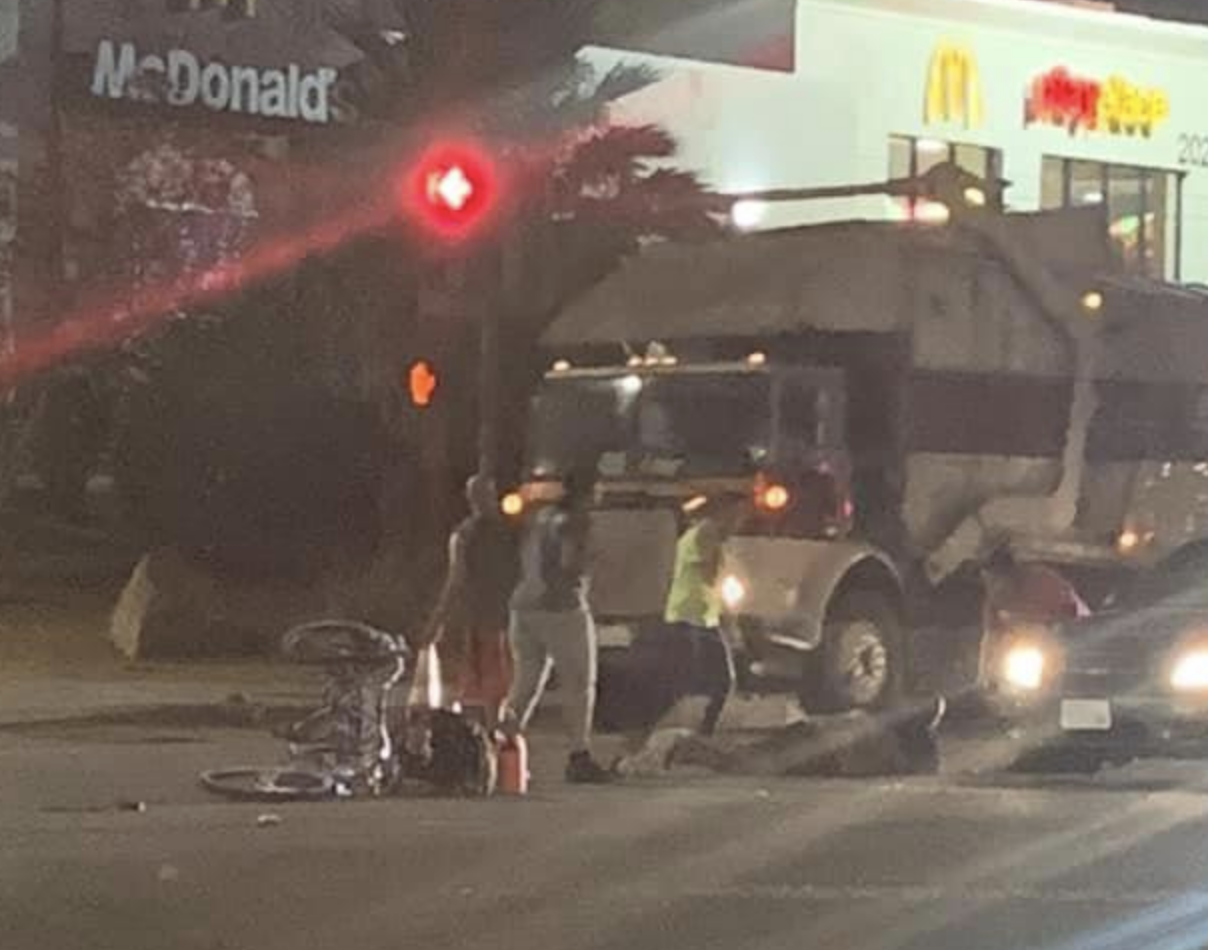 APPLE VALLEY, Calif. (VVNG.com) — A homeless man riding a bicycle was airlifted to a trauma center after he was hit by a vehicle early Thursday morning.

It happened at about 5:41 am on September 5, 2019, at the intersection of State Highway 18 and Bass Hill Road in Apple Valley.

When deputies arrived they determined the male bicyclist, a 43-year-old transient of Apple Valley, was traveling south on highway 18 when he was hit by a vehicle traveling east.

Sheriff’s spokeswoman Jackie Alban told VVNG the bicyclist was on the north side of HWY 18 and attempted to cross over to the south side on a red light.

“A 2009 Chevy Cobalt, driven by a 44-year-old female resident of Victorville,  was traveling east on HWY 18. on a green light and collided into the bicyclist,” stated Alban.

The driver of the vehicle was not injured.

The bicyclist was airlifted to Loma Linda University for a complaint of pain. An update on his condition was not available.