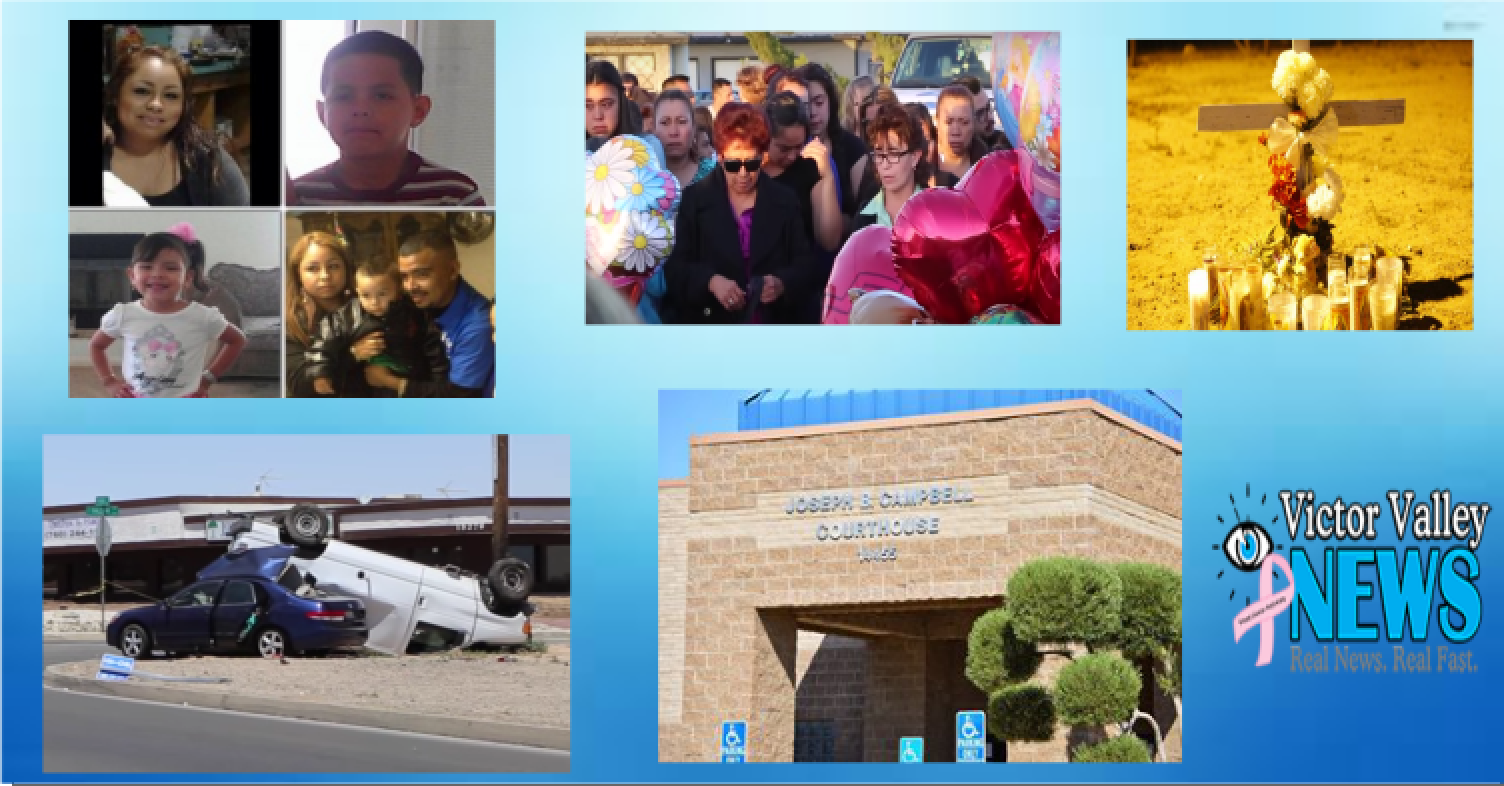 VICTORVILLE-(VVNG.com): Not many can forget the heart wrenching loss of an entire Hesperia family of five as on Mother’s day 2014.  That May 11th morning, the day before 3-year-old Cindy Jimenez Garcia’s birthday, the family headed out to Disneyland to celebrate the day.

The family was less than half a mile away from their home heading southbound on Balsam Avenue stopped before making a right hand turn on Main Street when a white delivery van crossed lanes and slammed into the family car. The van landed on the vehicle, killing all five occupants, including; 30-year-old Gerardo Cruz Jimenez, 25-year-old Angelica Garcia, 3-year-old Cindy Jimenez Garcia, 2-year-old Ivan Jimenez Garcia, and 9-year-old Freddy Garcia.

Smith, who was charged on April 13, 2015, nearly a year after the fatal collision was charged with five counts of vehicular manslaughter without negligence where he faced up to 5 years in prison. On May 11th, exactly a year from the tragic collision, Smith’s attorney put in a not guilty plea.

Smith changed his plea at an October 14th pre-trial hearing as part of a plea bargain. Smith was in court at 8:30 a.m. on Friday, October 30th for sentencing, where he was sentenced to two years in county jail and $150 in victim restitution.