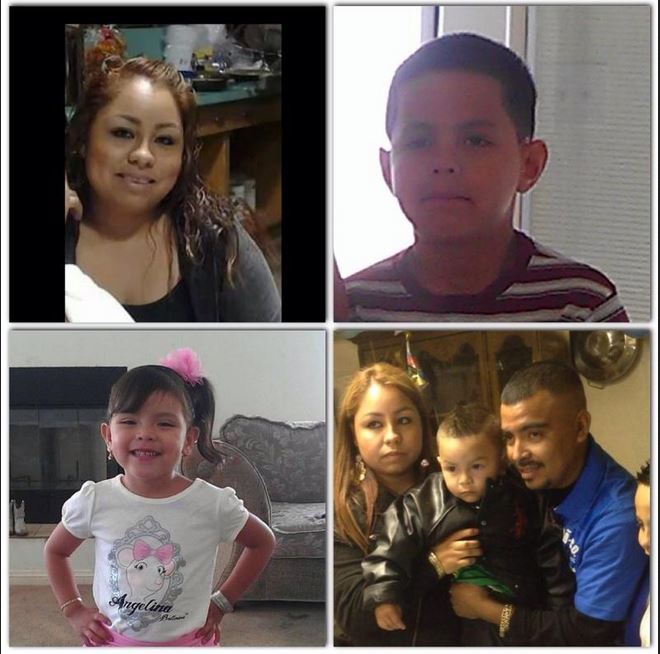 On Monday, May 11, 2015 at the Victorville Superior court the defense counsel, Attorney Richard M. Ewaniszyk entered the courtroom and on behalf of Smith put in a not guilty plea to all five Vehicular manslaughter charges.

The charges stem from a May 11, 2014 traffic collision that occurred as the family was at Balsam avenue stop sign only a three blocks away from their Hesperia home. They were on their way to Disneyland for their daughter’s fifth birthday, which was the following day. As the family sat at the stop sign a white delivery van, driven eastbound on Main street  crossed over into the westbound lanes. The van flipped over onto the vehicle, that was occupied by Gerardo Jimenez, Angelica Garcia, age 25, Freddy, age 9, Cynthia, age 4, and baby Ivan, age 2, who were all killed in the tragic accident.

The cause was later determined to be drowsiness due to prescription medication. On April 13, 2015 charges for the death of the family were filed against Smith.

Per court records, Smith is not currently in custody, but is ordered to appear in court for the May 27th pretrial and Jury trial setting. If convicted on all charges, Smith can face a maximum of five years in county jail.