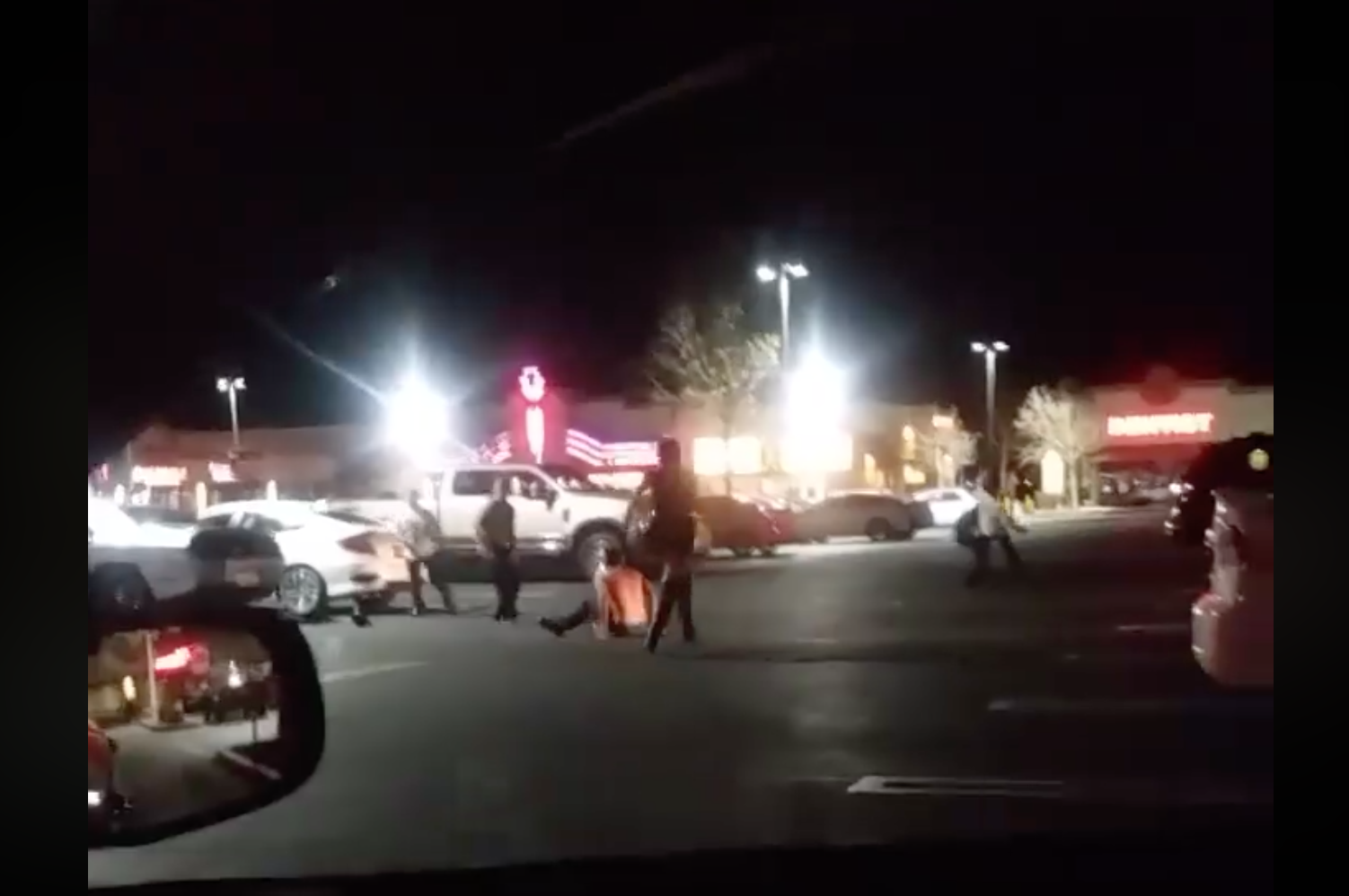 The incident, which at some point involved a large fight that was recorded and posted to the Victor Valley News Facebook group, occurred at about 1:40 a.m. on the 12400 block of Mariposa Road.

According to Eric Sherwin, Spokesman for the San Bernardino County Fire Department, they were dispatched to reports of shots fired, but were cancelled by the Sheriff’s Department when a victim wasn’t found at the scene.

“We got (information) from the Sheriff, who got the 911 call, saying approximately 20 people were fighting at the Tilted Kilt,” Sherwin said.

According to public records, when deputies responded to the location, one person was arrested and booked for Attempted Murder.

Cell phone footage posted to the Victor Valley News Group shows at least one man holding his leg while trying to run through the parking lot. Seconds later, a man rushes him and starts fighting. Eventually you could see about 4-6 men continuing to fight throughout the clip.

Victor Valley News reached out to Tilted Kilt and spoke with Issac Abrahim, a manager at the restaurant.

“This happened all the way over by Vallarta, nothing happened inside,” Abrahim said. “It was not even close to Tilted Kilt.”

Abrahim told Victor Valley News that no employees or customers were involved in the incident.

The Sheriff’s Department has not confirmed any details on the incident as of Sunday morning.

No additional information on the suspect or the victim, if any, has been released. Check back for updates.