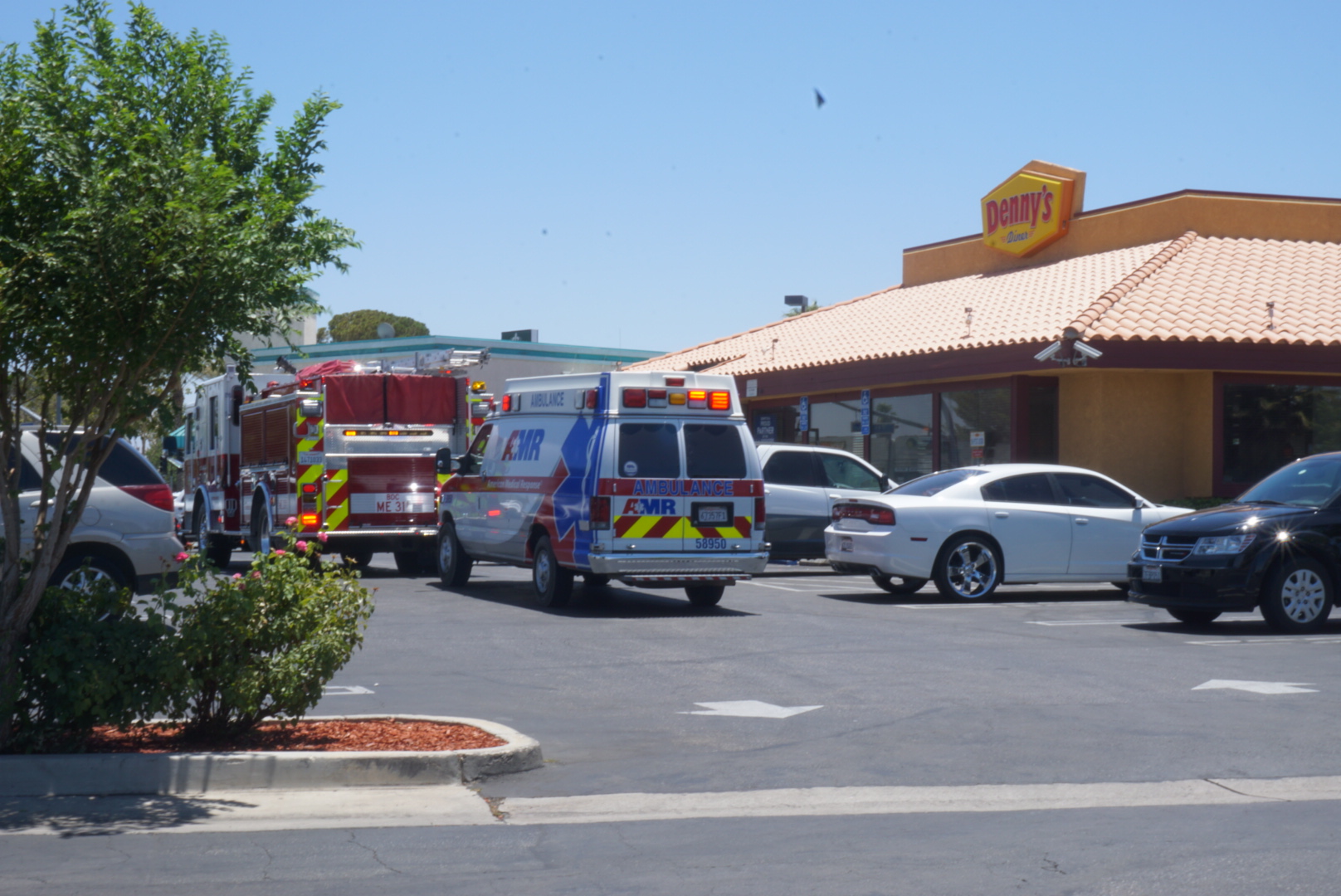 VICTORVILLE:(VVNG.com)- Authorities responded to a man choking at the Denny’s located on the 14000 block of Valley Center Drive at approximately 1 p.m. on July 5th. Bystanders watched in shock as the man reportedly turned blue right before their eyes. Fortunately, authorities performed the Heimlich maneuver and CPR until paramedics arrived and stabilized the gentleman.

Barbara Felix was having lunch inside the Denny’s and sitting one table over at the time of the incident. “His son tried to help him. It didn’t look good, the police worked on him ’til the paramedics stabilized him… I was bawling my eyes out… I prayed and prayed out loud!”

The man was taken to a local hospital by ground ambulance. On Thursday, Sheriff’s spokeswoman Mara Rodriguez told Victor Valley News in a follow-up email, the male remains hospitalized and in ICU on a ventilator with no changes in his condition.

CPR, or cardio-pulmonary resuscitation, restarts a person’s breathing or heart when either action ceases to function. According to the American Red Cross, a high percentage of cardiac arrest victims die before they make it to the hospital and performing CPR can increase their chances of survival (source).

The issue doesn’t stop at cardiac arrest, you can help someone who is choking or someone who has stopped breathing. When CPR is performed within 5 minutes of a collapse, you can increase the survival rate by 50%.

Many job positions require that you know CPR, especially if you are in the field of teaching or care-giving. It is especially important that you know CPR if you have children. Choking is the leading cause of death in children 5 years and younger because they tend to place small objects in their mouth.

For more information on CPR and useful courses, visit the American Red Cross or the American Heart Association. The Heimlich Maneuver can also be used in most choking cases.

Victorville deputies performing the heimlich maneuver on a man choking inside of Denny’s in Victorville. (photo by Barbara Felix Lopez)

One Person Stabbed During Family Dispute in Apple Valley

Diana Cabral was born in Los Angeles, Ca and has been a resident of the High Desert for nearly a decade. She is an aspiring photojournalist inspired by photographers James Nachtwey, Eve Arnold, Dorothea Lange, and Vivian Maier. Through her endeavors, Diana hopes to help others, bring people together, and open eyes.