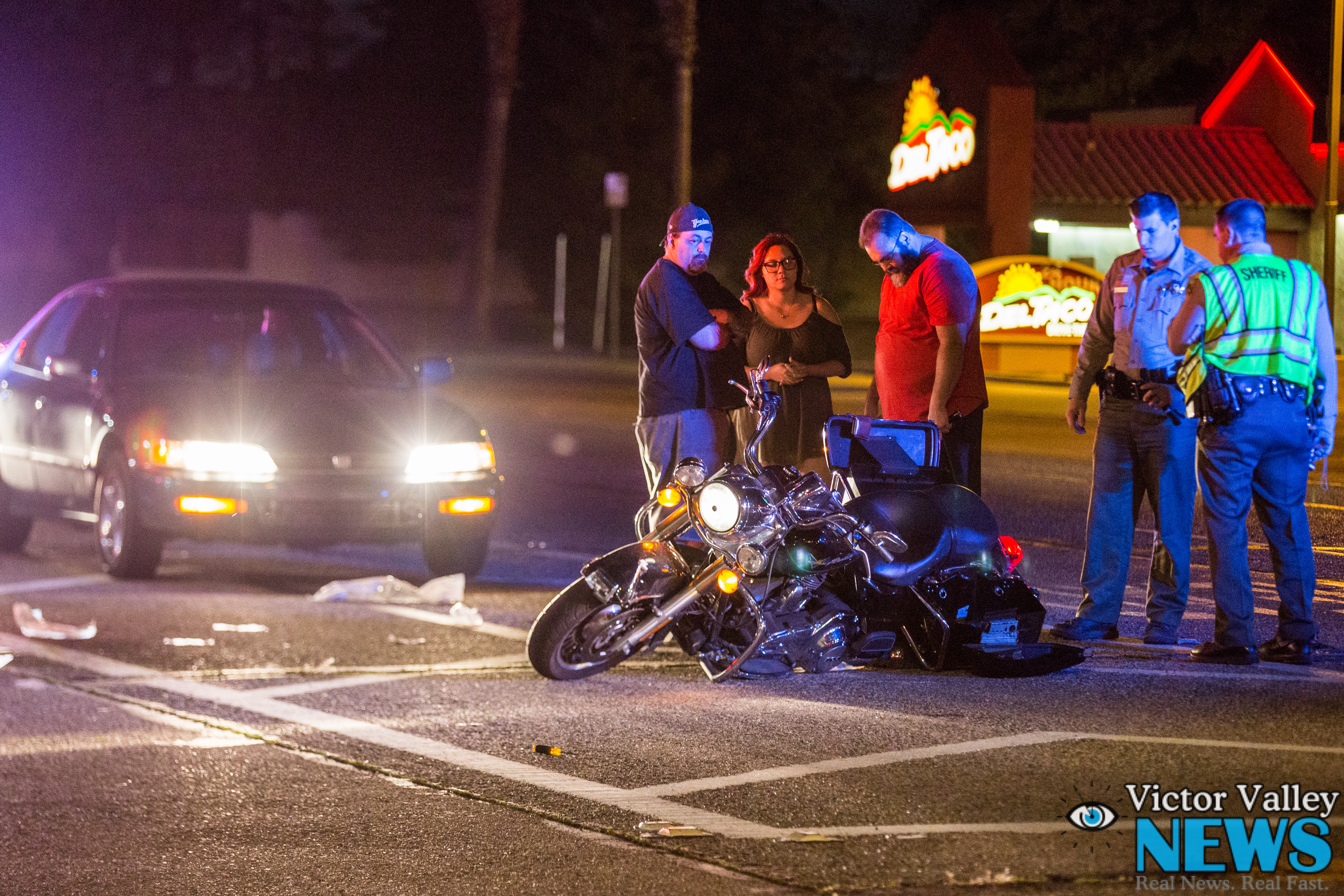 VICTORVILLE-(VVNG.com):  Authorities say a motorcyclist hit an 83-year-old man who was in a crosswalk and attempted to flee the scene.

At around 8:00 p.m. on Wednesday, April 20th deputies, and medical personnel were dispatched to the 13600 block of Bear Valley Road near Amethyst Road for the report of a motorcyclist down.

Upon investigation they learned that an elderly man was walking in the crosswalk in front of CVS, when the motorcyclist, identified as 54-year-old Adelanto resident, Eric Outland ran into him, knocking him down to the ground. Victorville Sheriff’s Department Spokeswoman said, “The driver accelerated away from the man onto Bear Valley. He lost control of the motorcycle and flipped over the handlebars. The motorcycle then ran over the suspect and dragged him a short distance.”

Sheriff’s officials believe that alcohol may be a factor in this accident.