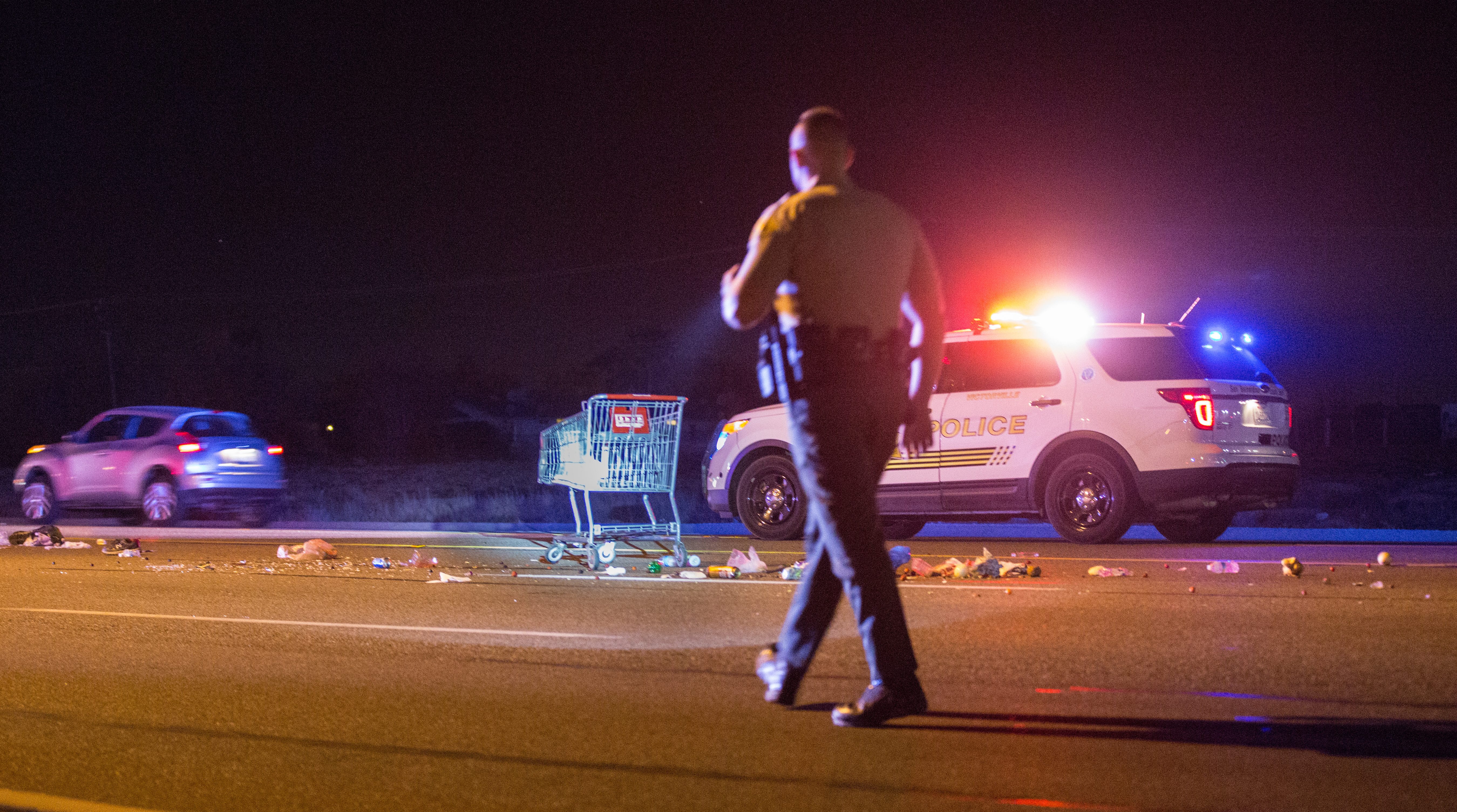 VICTORVILLE, Calif. (VVNG) A man was airlifted after he was struck by a vehicle on Bear Valley Road Monday night.

The accident occurred at approximately 8:30 p.m. just east of Cypress Avenue, at the exact same location another male pedestrian was struck less than two weeks ago.

The man was attempting to cross Bear Valley Road when his shopping cart was struck, causing the cart to then strike the pedestrian.

The man was attempting to cross from the southbound to the northbound side of Bear Valley Road when the impact occurred.

The driver of the involved vehicle, a dark-colored Jaguar, immediately stopped and cooperated with authorities.

Drugs or alcohol was suspected in the pedestrian but not the driver, according to Sergeant Shelton of the Victorville Sheriffs Department.