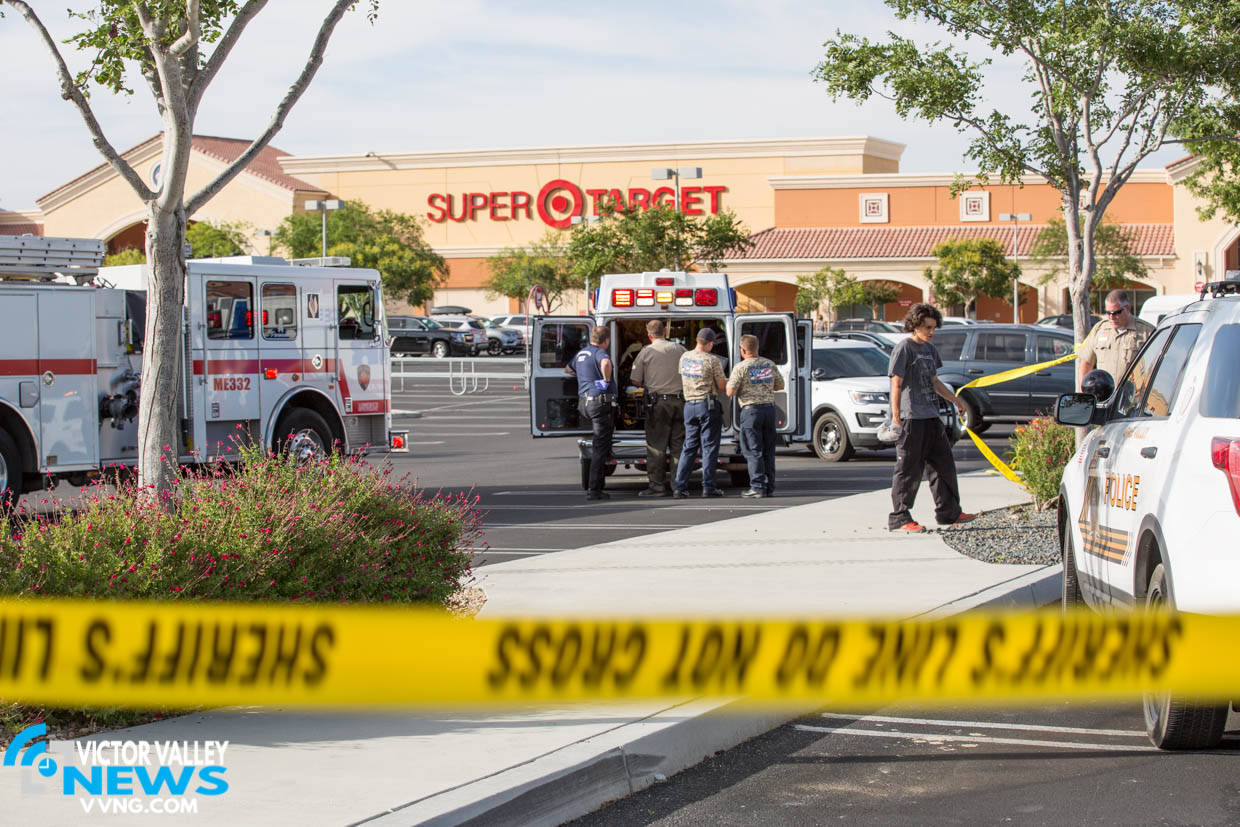 APPLE VALLEY, Calif. (VVNG.com) Deputies responded to fight outside of a store and located a man suffering from a gunshot wound to his head, Sheriff’s officials confirmed.

“The man was shot in the back of his head, but is responsive and alert,” Apple Sheriff’s officials confirmed.

The suspect was described a Hispanic male adult that fled the scene in a black two door Ford Bronco with a yellow rotating light, scanner traffic reported.

The Sheriff’s helicopter 40King was called in to assist with locating the suspect’s vehicle.

The area where the victim was located is closed off with crime scene tape as authorities investigate.

This comes after two deadly shootings that have occurred in the last 7 days in the Victor Valley that claimed two lives.

An airship was requested to fly the patient out to a trauma center. The extent of injuries is currently unknown at this time.

This is a developing story and will be updated and more information becomes available.