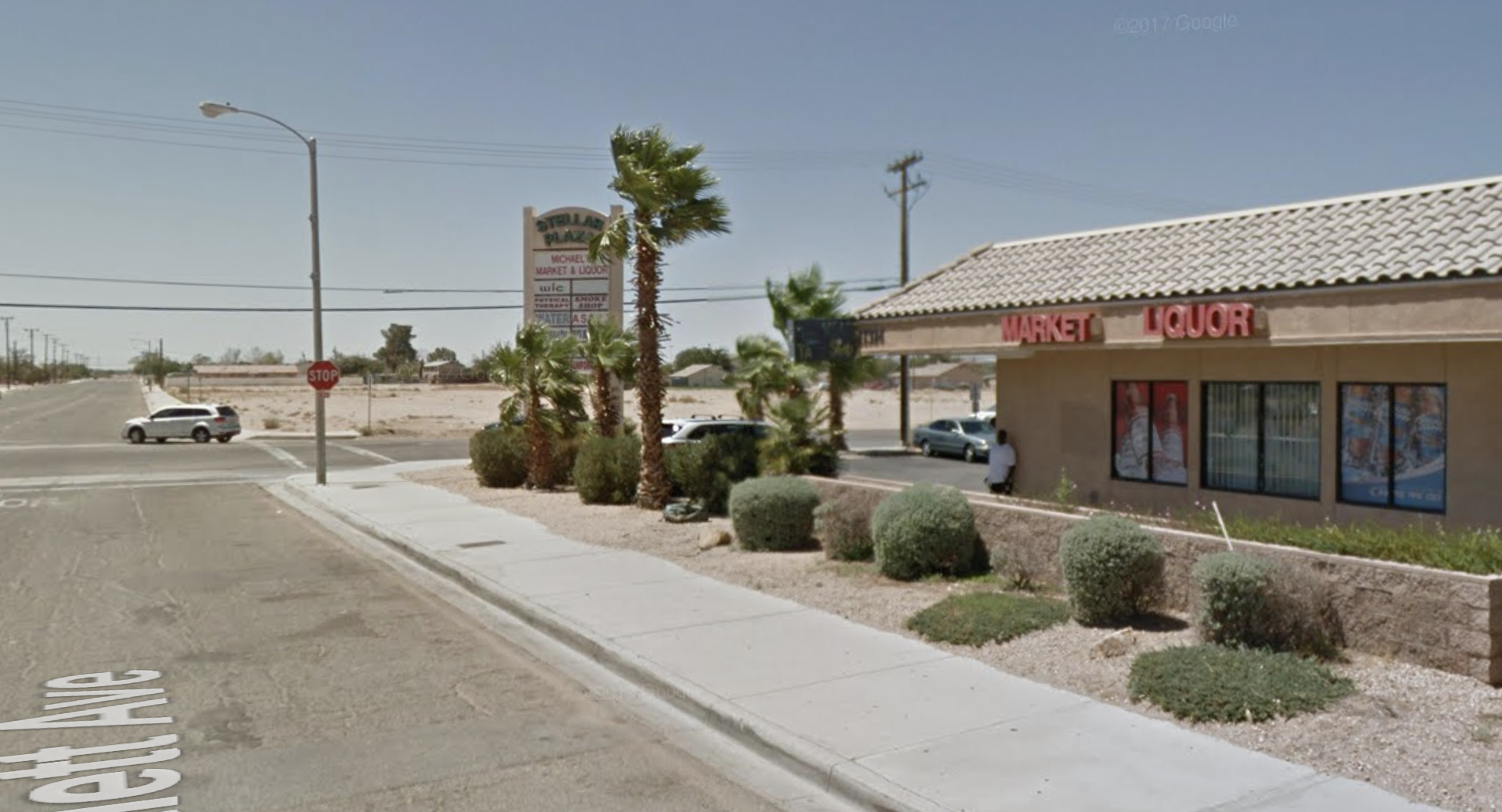 ADELANTO, Calif. (VVNG.com) — A man was treated at a local hospital after he was pistol-whipped and robbed outside a liquor store in Adelanto on Sunday night according to witnesses.

On January 20, 2019, at about 9:00 pm, the Adult Male victim was at Michael’s Liquor in the 11700 of Bartlett when he was approached by two Hispanic Adult males, officials said.

“One adult male approached the victim, pointed a pistol at him and demanded his sweatshirt and money. The victim was struck in the face with a semi auto pistol approximately 6 to 7 times,” stated sheriff’s spokeswoman Staci Parks.

‘The suspects got away with an undisclosed amount of cash and a sweatshirt from the victim,” stated Parks.

Anyone with information is asked to call the Victor Valley Sheriff’s Station at 760-552-6800.