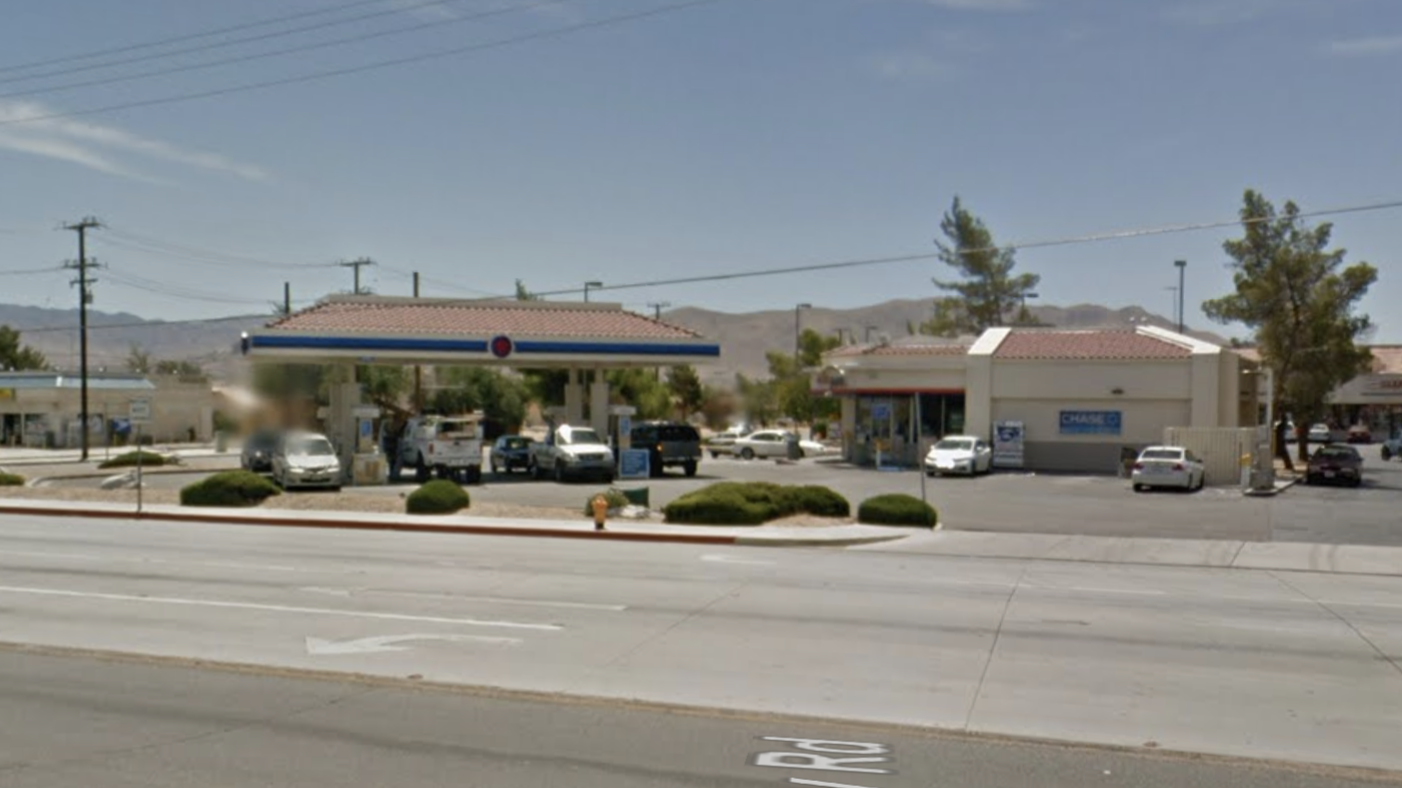 APPLE VALLEY, Calif. (VVNG.com) — A 39-year-old man panhandling outside of a local store was arrested after attempting to rob a customer at gunpoint, officials said.

On Sunday, November 15, 2020, at approximately 7:39 am, deputies from the Apple Valley Police Department were dispatched to the AM/PM store located at 20815 Bear Valley Road regarding an attempted robbery.

Upon arrival, it was learned the suspect, later identified as Mason Opal, initially approached the victim at the 76-gas station and asked for gas money.

According to a sheriff’s news release, “the victim gave Opal five dollars and noticed a few minutes later; Opal was panhandling at the AM/PM store across the street. The victim proceeded to the AM/PM and confronted Opal about panhandling. Opal then pulled out a handgun, pointed it at the victim’s forehead, and demanded all his money. The victim pushed Opal away, at which time Opal left the location. The victim was able to provide a description, and the license plate number of the vehicle Opal was driving.”

A short time later, the vehicle was located at the AM/PM at 16869 D Street in the City of Victorville. With the assistance of deputies from the Victorville Police Department, Opal was taken into custody. During the search of the vehicle, a black 1911 replica was located.

Opal was transported to the High Desert Detention Center and booked for being in violation of PC 664/211, Attempted Robbery.

Opal is scheduled to appear in the Victorville Superior Court on November 17, 2020 and is being held in lieu of $50,000 bail.

Transient arrested after trying to remove a catalytic converter in Victorville