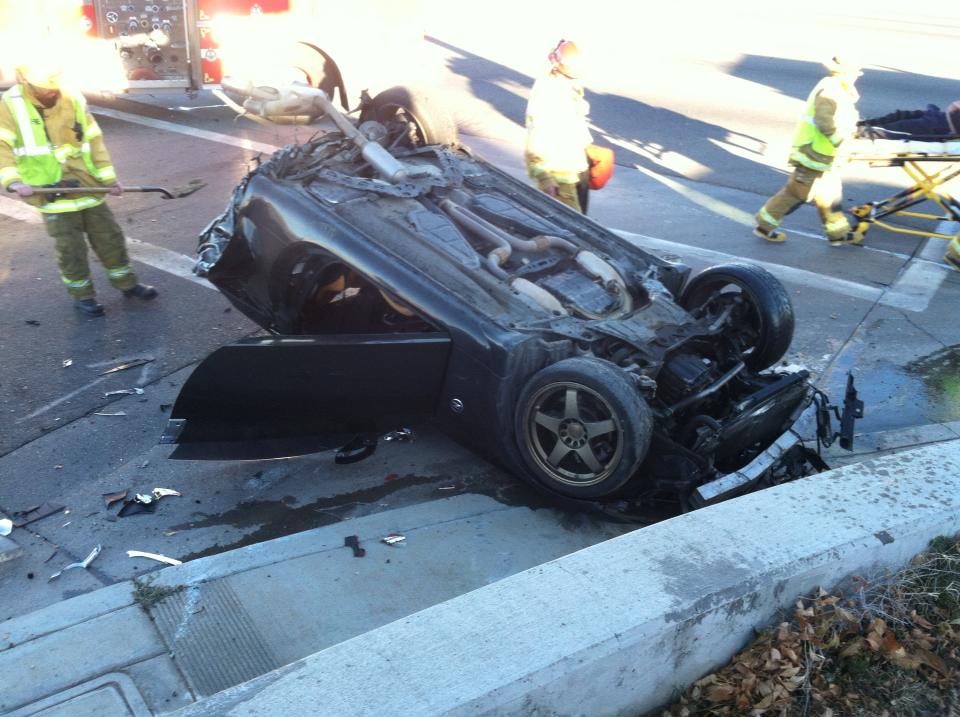 VICTORVILLE: A traffic collision shut down east bound lanes of Bear Valley road near 3rd street for about an hour just before 8am on Wednesday. The unidentified driver of a dark-colored Nissan 350Z lost control and completely flipped his vehicle before landing upside down in the cross walk.

“I was one of the first on scene. He had to be pulled out of what was left of his 350Z. His seatbelt saved his life! The driver was in shock but he was responsive. He stated that he just had surgery and was in a full leg brace on his right leg.”

Although, the driver of the Nissan appeared to be ok, he was visibly shaken up and was transported by AMR for non life threatening injuries. No other injuries were reported and it’s unclear if any other vehicles may have been involved in the collision. The exact cause of the accident remains unknown at this time.

For live breaking news join our FB group VVNG with over 24,600 members www.facebook.com/groups/victorvalleynews