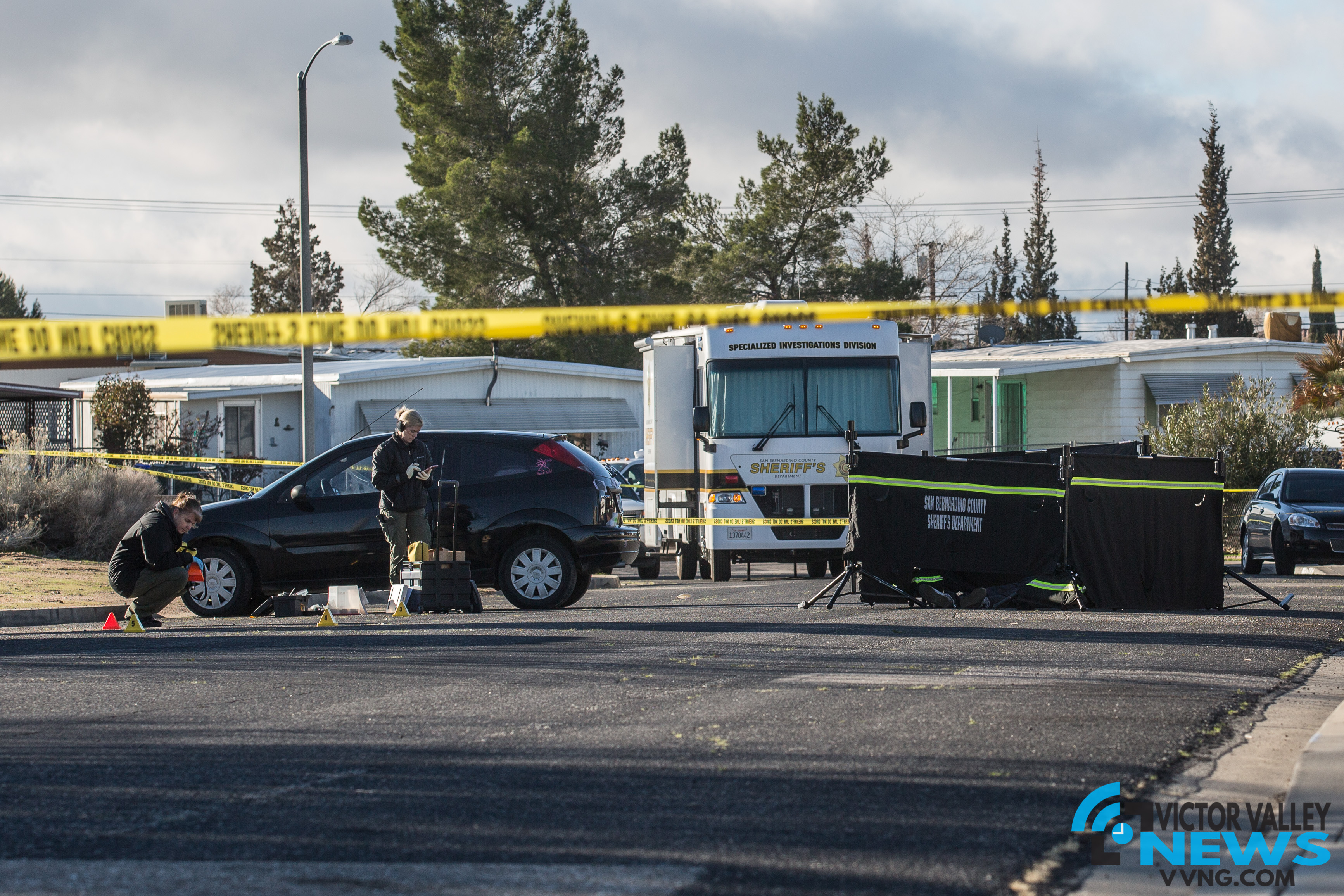 At about 1:10 a.m., on February 19th dispatch received reports of an altercation heard between several subjects followed by shots fired in the 13800 block of Victoria Drive in Victorville.

Deputies responded and located a Hispanic Male lying in the roadway suffering from an apparent gunshot wound. The victim was pronounced dead at the scene.

Forensic investigators dusted for prints on a black Ford vehicle that remained in the roadway and sustained damages to the passenger side window. Several evidence markers were placed on a driveway of a home and around the vehicle.

Per scanner traffic, a white company work truck, described as a Ford truck, was possibly the suspect vehicle. The vehicle was said to have a company logo on the side that read “West Coast Performance.”

However, authorities have not been confirmed if the vehicle was directly involved.

As of 9:00 a.m. Sunday, the crime scene remains active with Homicide Specialized Investigations Division processing the scene. Details surrounding the murder are unclear at this time.

A black Ford was dusted for prints after a man was shot and killed in Victorville on the 13800 block Victoria Drive, Sunday morning. (Gabriel D. Espinoza, Victor Valley News VVNG)