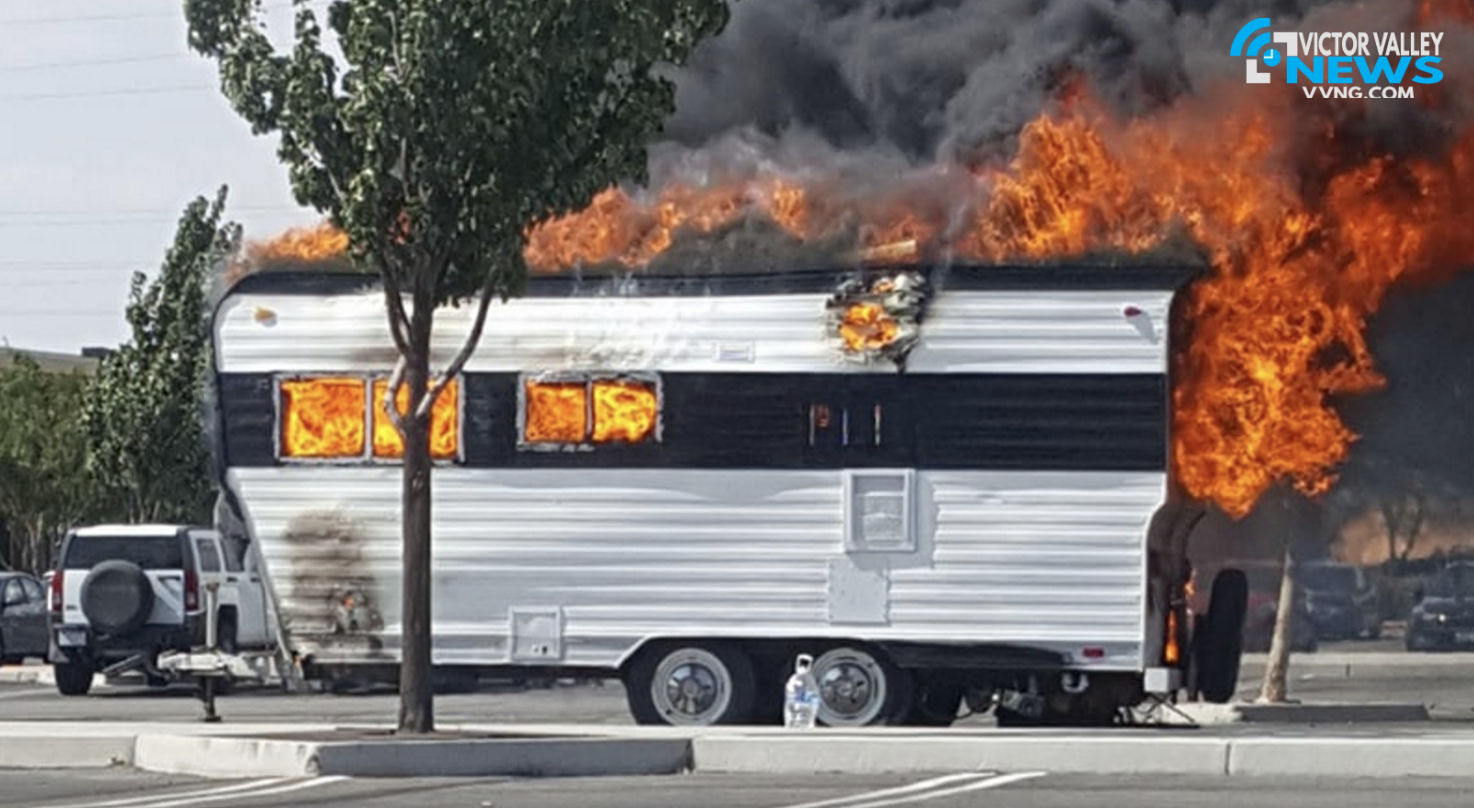 At about 3:25 p.m. Mendoza was driving down Bear Valley Road when he was alerted to smoke from his vehicle, thanks to a honk from a passing motorist.

“I noticed very small flames from the bottom of the trailer in the corner, and I pulled over as quickly as possible,” he said.

Mendoza pulled his truck and trailer into the Bed Bad & Beyond parking lot at 18815 Bear Valley Road in Apple Valley.

Using a gallon of water that he carried, Mendoza was able to extinguish the small fire and checked the trailer for flames and found nothing, he stated.

As Mendoza grabbed a fire extinguisher from his truck, he encountered more flames, this time coming on the inside of the trailer.

Although he desperately tried putting out the fire, his attempt was quickly over taken by the massive flames. Mendoza managed to unhitch his truck and just watched as his trailer containing much of his personal belongings burned to the ground.

Firefighters worked hard to knock down the fire. However, the trailer and everything inside was destroyed.

“It was my home, I did lose a lot of my necessities, but I will be ok. It’s not gonna hold me back from anything,” Mendoza said.

Mendoza works part-time as a karaoke host at Gator’s 2 in Victorville said he lost all of his clothes in the fire.

“It hurts to lose all you work hard for and a few sentimental irreplaceable things. But this doesn’t discourage me,” he said.

Mendoza will continue to work towards building his goals and hope’s to find somehow a way to replace the trailer he lost.

Although Mendoza believes the fire was electrical, the cause of the fire remains under investigation by the Apple Valley Fire Protection District.

For those who are interested in helping Mendoza, donations can be taken to the Gators 2 in Victorville located at 12249 Hesperia Road in the Von’s shopping center. 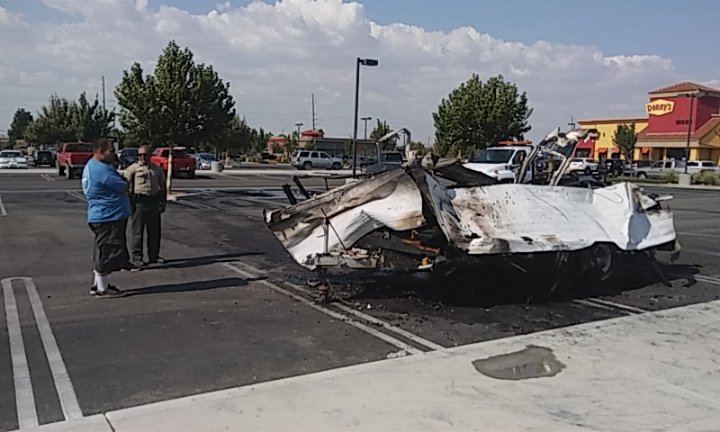 Mendoza’s trailer is a complete loss following a fire in the Bed Bath & Beyond parking lot. (Photo by Rogelio Jorge Morfin Jr.)