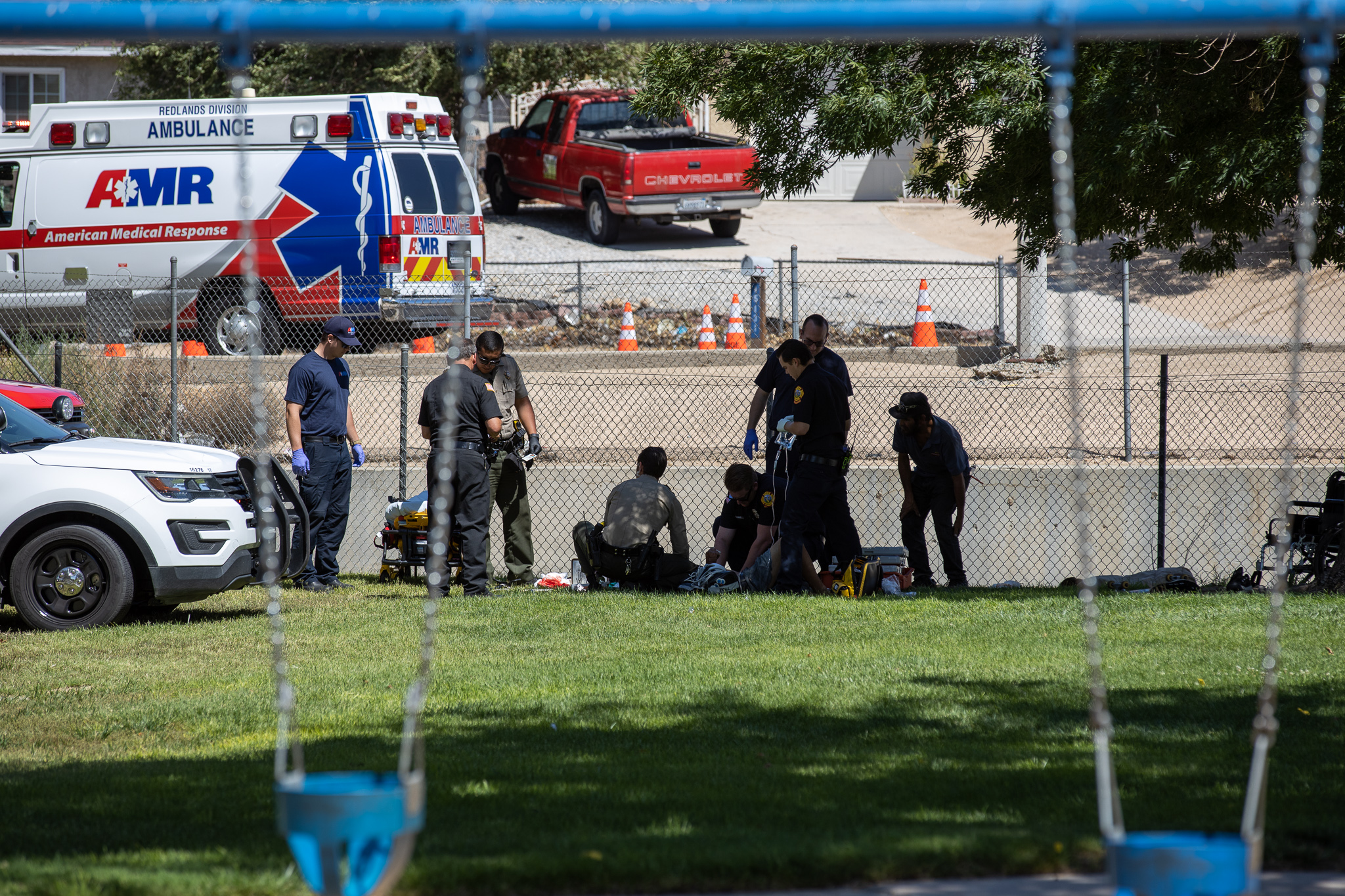 VICTORVILLE, Calif. (VVNG.com) — Police are investigating after a 45-year-old man was left bleeding from his head at Center Street Park in Victorville.

Emergency personnel were called to the park in the 15400 block of Center Street and found the male bleeding near a chain-link fence on the north-east side of the park near Hesperia Road.

Sheriff’s spokeswoman Mara Rodriguez told Victor Valley News Group the initial report stated it appeared the man had been assaulted. Rodriguez said the male was bleeding for his head and going in and out of consciousness.

“He had been hit in the head with a cane type object and the suspect had fled the scene,” stated Rodriguez.

The victim was flown to an out of area trauma center for further treatment. Information on his condition was not available at the time of this article.

Rodriguez said the investigation is continuing as deputies attempt to positively identify and locate the suspect.